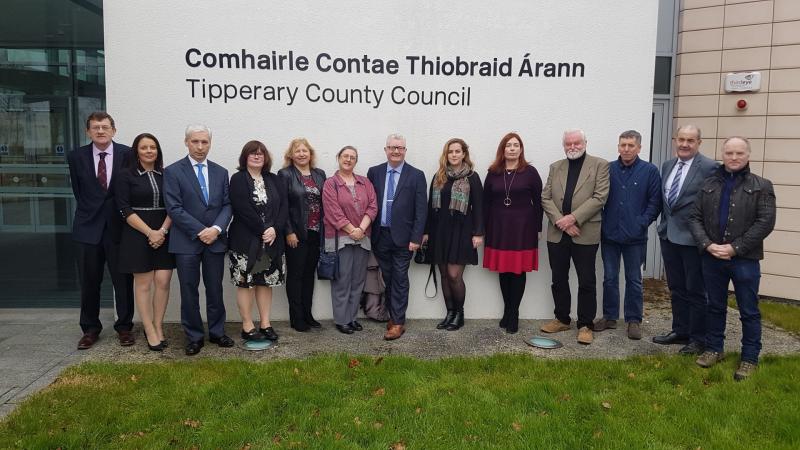 Tipperary County Council hosted a meeting last week with members from Cloughjordan community, Jordanian based Tania Tours and the Jordan Ireland Business Association with a view to exploring future cultural, tourism and enterprise links between the Premier County and the Hashemite Kingdom.

The meeting follows on from the very successful Cloughjordan community group trip to Jordan last October.

Tanua Tours was founded by Bishara Sawalha in 1990. The Jordan Ireland Business Association was launched in Amman at the end of 2019 by Minister of Industry, Trade and Supply Tareq Hammouri. The launch followed the opening of the first Embassy of Ireland to Jordan, reflecting the interest of both the Jordanian and the Irish governments in strengthening trading relationships.

Jordanian businessman and JIBA Co-Chair Ramsey Khourey at the association's launch said: “For the past 16 years, as Ireland honorary consul in Jordan, I have seen the development of many business partnerships between our two countries. With the establishment of the JIBA we can build on this progress and identify many new opportunities for advancing our business relationship.”