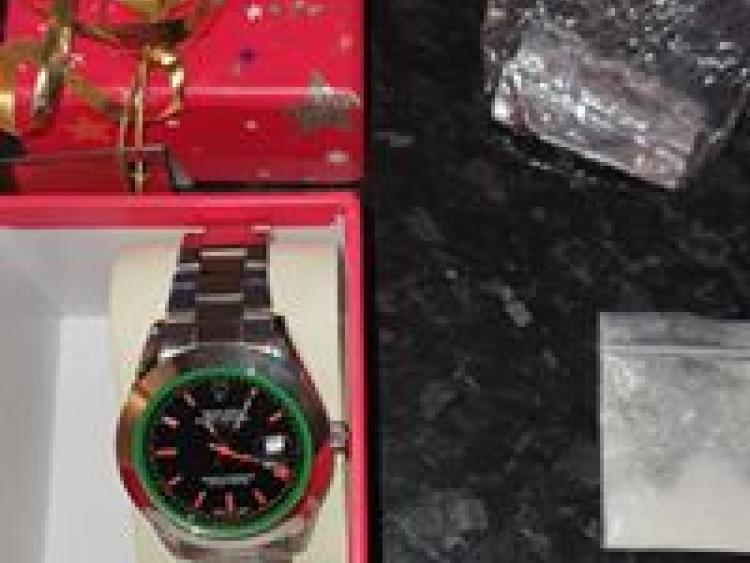 The Criminal Assets Bureau (CAB) with the assistance of the Garda Emergency Response Unit, the Southern Region Garda Armed Support Unit, the Garda Dog Unit, the Cork Divisional Search Team and local Detective and Uniform Gardai based in County Cork conducted a search operation this Thursday morning in counties Cork and Tipperary.

Searches at 21 locations in County Cork and one location in County Tipperary were conducted in total.

The search locations include 11 residential dwellings, four business premises, one hotel room and six professional premises such as solicitors and accountants.

During the course of the search, the following was seized:

In addition to this, a small quantity of suspected cocaine and cannabis herb, mobile phones, financial records and business records were also seized and funds were restrained in four different financial accounts.

Two men were arrested at the scene by local Gardaí. One man was arrested on foot of a court bench warrant while another man was arrested for an offence under Section 15 of the Misuse of Drugs Act 1997 as amended. The offence had occurred on an earlier date.