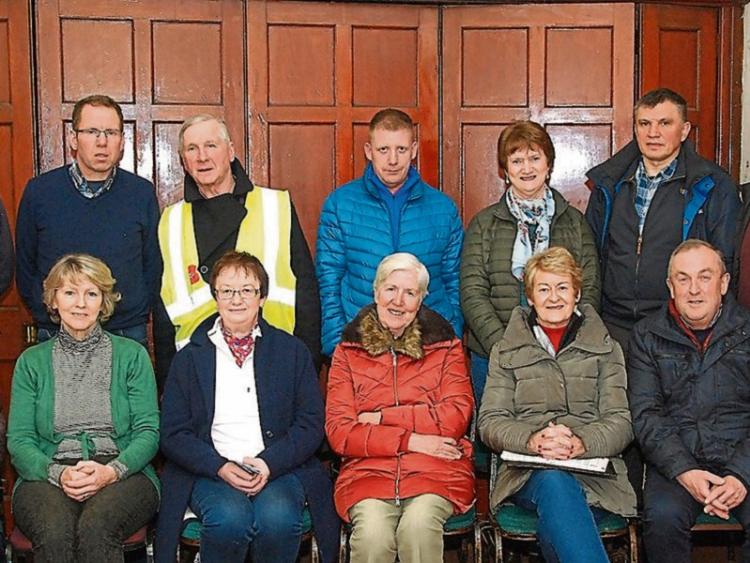 The AGM of Roscrea Towns took place in the Abbey Hall on Wednesday, February 5.

The large attendance heard how we had increased our marks once again this year and were just short of a silver medal award.

Chairman Denis Ryan congratulated the local estates on their efforts to enhance their localities and how it really helps Tidy Towns in their efforts.

It is through community effort that Roscrea will progress well in future submissions to the national competition.

The chairman also thanked Paddy Reidy and his team of Community Forum Workers for the large amount of work they do on our behalf ranging from weed control and grass strimming to planting of trees and litter control.

Already this year 80 new trees have been added to the colonnade on the Templemore Road for Tidy Towns by the CE Forum Crew.

The chairman remarked that the local estates had done the town proud in their enhancement efforts.

Their efforts were much appreciated by Tidy Towns.

The adjudication in the Tidy Towns competition was commented on whereby, from reading it, it would appear that not all areas mentioned in our submission were visited.

It was felt that this was detrimental to any submission and marks awarded.

Another item from the adjudication worthy of mention is the fact that at the time of the adjudicator’s visit, two major projects underway were unfinished and so could earn us no marks. One of these is now completely finished with the other nearing completion.

Schools in the locality have been contacted and many are undertaking biodiversity and other projects to add to our efforts in that area this year.

Another good omen for 2020 is the planned revamp of the three roundabouts by Tipperary County Council, and the chairman thanked them for their continued support for Roscrea Tidy Towns.

Following the various committee and officer reports the election of officers for the coming year took place.

The chairman remarked that we are in a good position to increase our marks again this coming year.