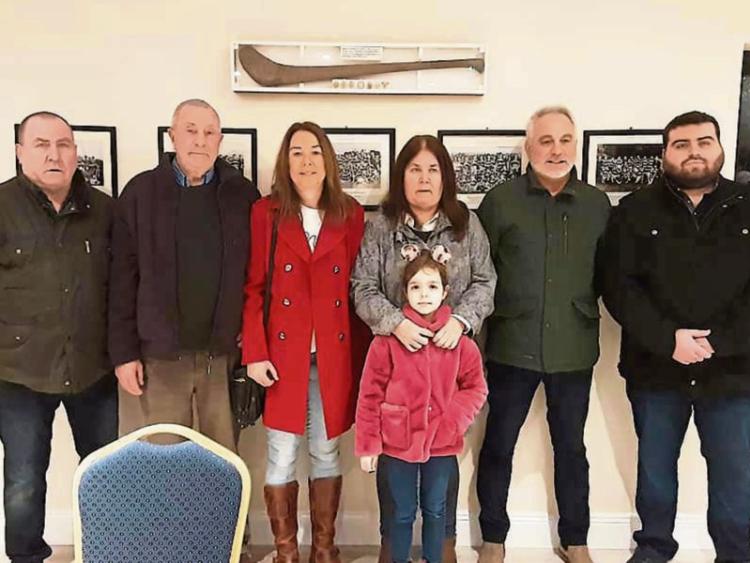 The family of the late Jack Murphy standing underneath his medals and 1947 hurley, which they have donated to the Swan GAA Club

The family of one of Carrick Swan's great players of the past has donated one of his hurleys and his medals to the club.

The family of the late Jack Murphy handed over the memorabilia from his playing days with the Swan at a ceremony in the club's new clubhouse at Pairc na hEalai at Ballyrichard last Friday, February 14.

It was the first event to be hosted at the Swan Club's new playing grounds.

Swan Club Secretary Sean O’Shea said it was an absolute honour to accept Jack’s medals and hurley on behalf of the club.

Mr O'Shea said Jack was a man who played with the best and at the highest level with Tipperary. He served the club so well both on and off the field of play and was the epitome of what a gentleman should be.

Jack won seven South senior hurling medals between 1944 and 1952. His midfield partner was always the legendary Tom Wall, who won a senior All-Ireland with Tipperary in 1945.

After the presentation all present enjoyed refreshments in the new clubhouse.