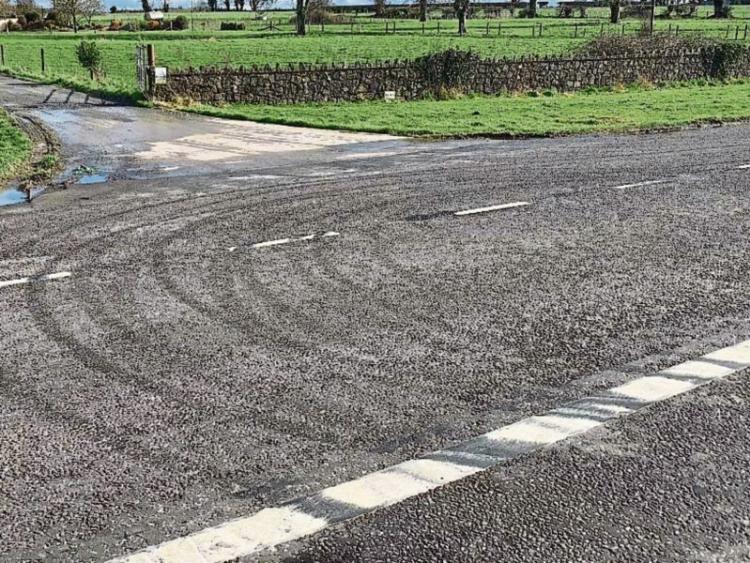 The Mullinahone road where gardai found the motorist doing doughnut turns. The marks of the vehicle's tyres are visible. Picture from Tipperary Garda Facebook page

A motorist gardai caught doing doughnut turns at a crossroads in the Mullinahone area yesterday (Sunday) has been charged with dangerous driving.

The driver fo the car was arrested and charged with this driving offence and his vehicle was impounded for not being taxed, according to a report on the Tipperary Garda Division's Facebook page.

“This reckless behaviour is unacceptable and is a major risk to the lives of other road users,” said a Garda spokesman.