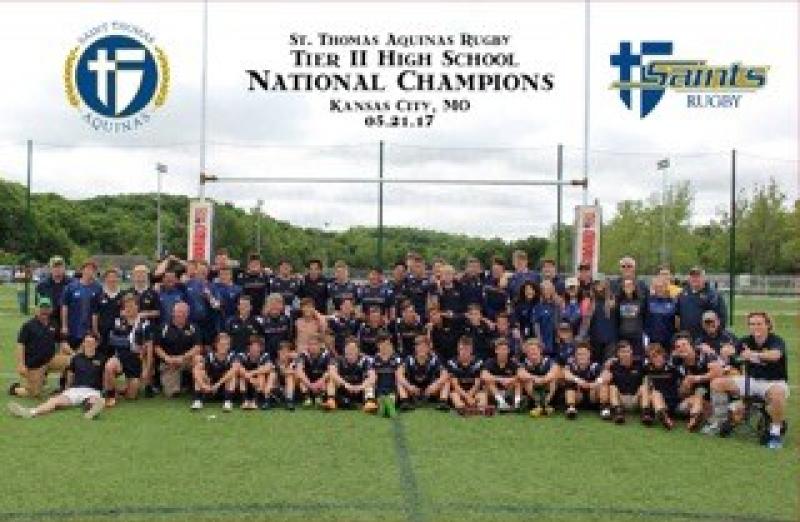 Nenagh is looking forward to welcoming two American groups to the town to take part in this year’s St Patrick’s Day festival.

It has been revealed by Cllr Seamus Morris that 83 members of the St Thomas Aquinas Rubgy Club from Kansas will travel to Nenagh for three days over the festival, playing matches against Nenagh Ormond Rugby Football Club and taking part in the St Patrick’s Day parade.

The local team and the visitors will clash at Lisatunny for the inaugural Nenagh 800 trophy.

“This is their third time coming and it will be the biggest group ever that they have brought,” said Cllr Morris.

He told Nenagh MDC that the club was insisting on staying three days in Nenagh while on a tour to Ireland.

“This is a big plus for Nenagh. It means that what we are doing is working. They want to get involved,” he sad.

Meanwhile, the John F Kennedy Shamrock Regiment Band will stop in Nenagh on March 16 to parade through the town and play a short concert while on their way to take part in the parade in Dublin.

Nenagh’s St Patrick’s Day committee was praised at the MDC, with Cllr Hughie McGrath, chair, saying the festival wouldn’t happen without the support of the councillors and the executive. “We will have three parades in our district,” he pointed out. “We are lucky to be surrounded by volunteers.”