Tipperary village's speed ramp would ‘put you through the roof’

Rosegreen traffic calming measure would 'wake you up' 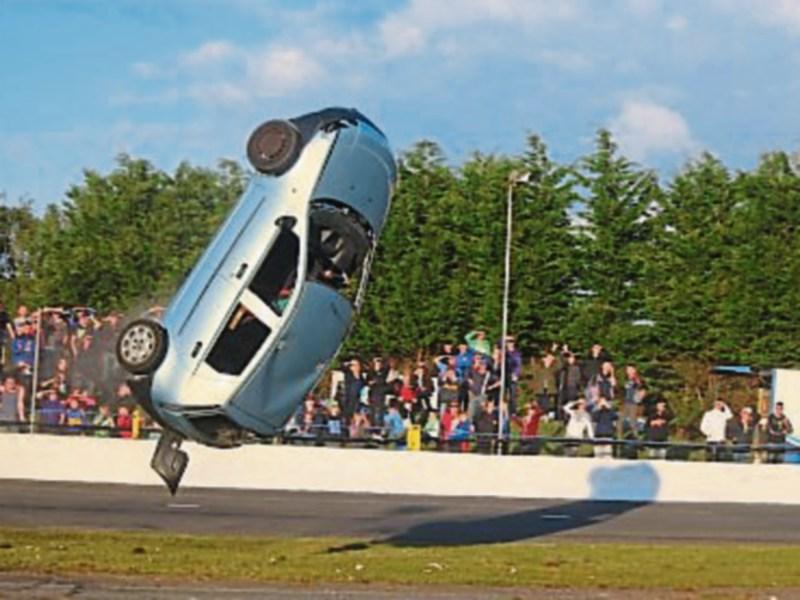 Ramping it up: It’s not certain if this driver at Tipperary Raceway hit the turntable speed ramp in Rosegreen, which Cllr Hughie McGrath says would ‘put you through the roof’

The turntable ramp in Rosegreen village would “put you out through the roof”, according to one Tipperary county councillor.

Cllr Hughie McGrath made his remarks during a discussion at Nenagh Municipal District Council on installing speed ramps in housing estates.

His view on the ramp is Rosegreen was supported the council’s director of roads, Marcus O’Connor.

“I am not a fan of it. It would certainly wake you up,” he said.

Mr O’Connor told coucillors that ramps were a “crude intervention” for dealing with speeding motorists.

“They are expensive. They have to be lit and signposted,” he said.

The director of services said that some of the ways to deal with motorists speeding in housing estates was to pursue it with the residents and to approach the Gardaí.

Senior engineer Barry Murphy said that ramps were “at the bottom of the list for housing estates”.

He said they delay emergency services and can cause spinal injuries in ambulances.

“Unfortunately, a lot of speeding is done by the residents,” he said.

Cllr Seamus Morris said that the residents in Cloughjordan wanted a ramp on the Templemore road and a motion calling for it had been passed by council but they had heard nothing since.

“We are too soft on speeding,” he said.