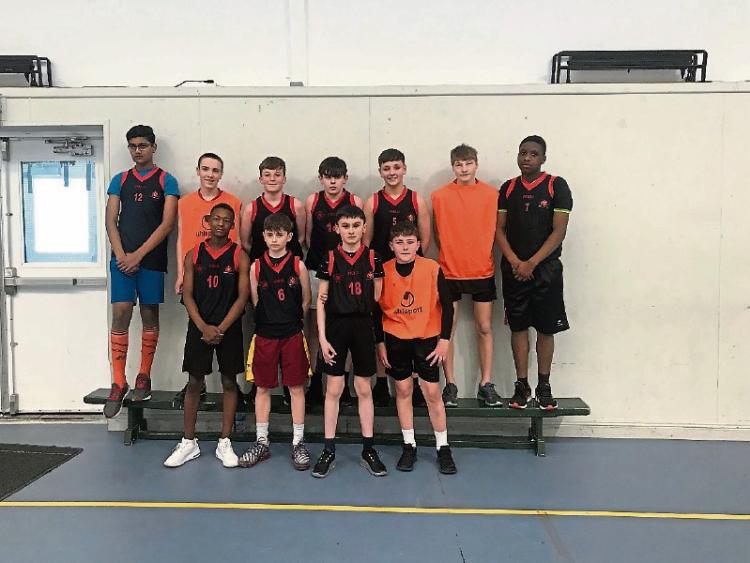 Congratulations to our first and second year boys basketball team

On this Wednesday, March 11, Coláiste Phobal presented a variety concert showcasing the talents of students from first year to sixth year.

This concert was held in St Cronan’s Catholic Church starting at 7.30pm, with all proceeds going to the Uganda Mission Fund.

This was a most entertaining evening and your support was greatly appreciated.

Our first and second year boys basketball teams travelled to Thurles to play Coláiste Mhuire on Wednesday, February 25, in their second pool game. Our first year boys had a great win and have really improved since their last game. The second year boys also put in a brave performance but it was not to be their day.

The boys will play their final pool game against Borrisokane in the coming weeks.

Well done also to Eilish Gleeson, Ciara Sammon and Jane Cleary who are also members of the Offaly minor panel.

Fiona and Andrea Scully are also on the Laois minor camogie panel.

The Great Reading Challenge 2020 is between February 24 and March 31.

All students are invited to borrow and read a book from the school library. When finished, they write a review on their chosen book and submit to their English teacher by March 31. The winner will be announced on April 3. All completed book reviews will be entered in to a draw for a €50 One For All voucher.

TY students were away in Paris this week and we will have details of their trip next week. The Leaving Cert mock Irish and German orals took place this week giving students a final chance to get a run through before the real thing. There was also a ‘lets talk about drugs and alcohol’ talk for second year students and parents on Monday, March 2. On March 3, there was a sixth year agricultural science visit to Gurteen College.

Congratulations to all who took part in the Munster indoor athletics finals in Nenagh on March 3. It was our largest team of athletes to represent the school at this event in a field of over 1000 students.

Everyone ran, threw and jumped to the best of their ability and wore the school singlets with pride.

Ceola Bergin in first year won gold in the minor girls shot putt and consistently threw well ahead of the field. Aaron Dunford in first year won a silver in the 60 metre, minor boys sprint and ran a personal best time.

Dayle O'Meara in fifth year won bronze in the long jump and also achieved a personal best on his very first jump.

Training will continue and the next outing for our team will be the County Outdoor Championship in Tullamore.