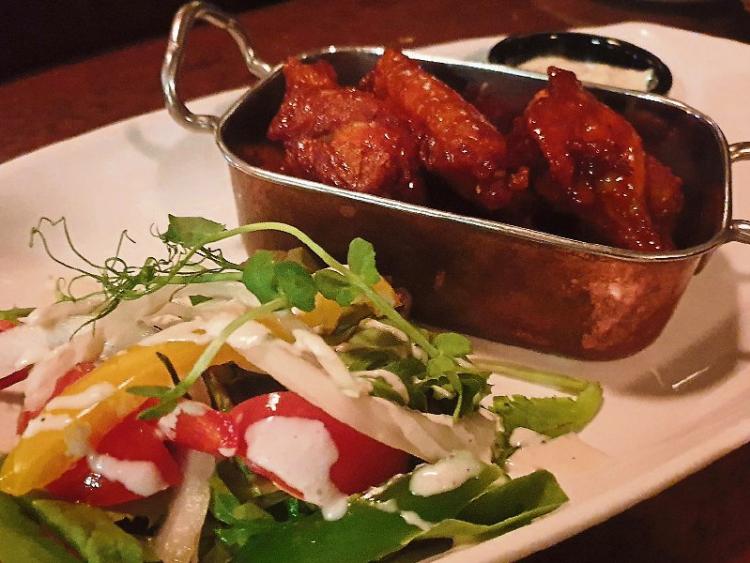 Many restaurants around Co. Tipperary have followed the lead of the publicans and closed due to the dramatic drop in trade and the difficulties of maintaining social distancing guidelines.

This has resulted in the temporary lay off of hundreds of restaurant workers.

St Patrick's Weekend traditionally marks the start of the tourist season for Co. Tipperary's hospitality sector but instead local hotels and restaurants were faced over the past week with a deluge of table booking cancellations and postponement for family celebrations, concerts and social events.

Catherine O'Donnell, manager of Mani Restaurant on Clonmel's Parnell Street, said they honoured the bookings of customers last Friday and Saturday but due to the amount of cancellations there wasn't enough trade to sustain them and they took the decision not to re-open on St Patrick's Day.

She said no matter what social distancing and hygiene measures restaurants put in place, people were still not venturing out for health and safety reasons.

She said Mani's will remain closed until further notice and she reported that all other restaurants in Clonmel were also closed on St Patrick's Day.

She recalled they got their first cancellation last Tuesday, March 2, a booking for two people and it followed a short time later by a cancellation for a table of ten people.

She pointed out that St Patrick's Weekend would normally be a core weekend for restaurants such as theirs.

The announcement of the postponement of Confirmations was another blow as the restaurant had a lot of bookings for Confirmation celebrations in the coming weeks.

Ms O'Donnell echoed the calls of the Restaurants Association of Ireland and Irish Hotels Federation to put in emergency measures to support restaurants. A reduction in VAT and PRSI payments were among her suggestions.

The restaurant,bar and leisure centre at Clonmel's Park Hotel have also closed temporarily.

Laura Jones, sales and marketing manager of the Park Hotel and a director of Co. Tipperary Chamber, said the coronavirus crisis was debilitating and crippling for hospitality businesses from B&Bs to restaurants to cafes.

She reported that by last Friday trade in the hospitality sector nationally had fallen 80 per cent.

The Park Hotel, like every hotel and restaurant in the country, experienced a lot of cancellations including a number of tour groups who planned to stay there over the St Patrick's Weekend.

She said the Park Hotel had a strong reputation for hosting meals for families celebrating Confirmations but cancellations for those bookings started coming in after the postponement of Confirmations was announced as a precaution against the spread of the virus.

The hotel has also postponed two upcoming sell-out concerts as a precaution because they would have attracted large crowds.

The concerts postponed are: “A Celebration of the Eagles” featuring Johnny Brady, Simon Casey, Nigel Connell and The Sheerin family that was due to take place in its ballroom this Thursday, March 19, and The Irish Country Music Stars Concert due to take place next Wednesday, March 25.

Ms Jones said the hotel had a responsibility to the public, particularly older and vulnerable people with health conditions to follow the government's advice and directives.

She pointed out the Clonmel Park Hotel has been  “pulling out all the stops” with coronavirus prevention measures ranging from “deep” cleaning of the hotel to sanitisers and social distancing measures. It has set up a coronavirus taskforce among its staff.

“The hotel industry has never dealt with this before, we don't know what will happen. At the moment we just need to survive,” she said.