“It's a very simple change to make and I have written to the relevant people asking for this to be included in the new programme for government - Cllr Seamus Hanafin.

Fianna Fáil Councillor Seamus Hanafin has called for the National Procurement Framework to be abandoned by the State in a bid to create a local stimulus to aid the flagging economy in the wake of the coronovirus.

While government departments are tripping over themselves trying to come up with ways of assisting businesses which have been hit full force by the effective shutdown of the country due to Covid-19, the Thurles based councillor feels that suspending and abandoning the procurement framework would be a very practical and innovative move, which would allow local firms to supply local authorities and State bodies, rather than them having to purchase from the framework.

At present the likes of schools, Garda Stations, councils and government offices are not permitted to buy goods from any local company, unless that company is listed on the national framework. However, many of the smaller local companies would not be included on the framework as they might not have met the stringent criteria laid down, including scale.
Most local companies can provide the goods and service to the State agencies at the same, and in many cases, better prices, but the coffer managers are not allowed to buy from them under the directive.

However, Cllr Hanafin says that abandoning this framework can now act as a stimulus to get local business moving again and into recovery after the coronavirus tsunami.

“Most local businesses have been unable to supply local authorities and State agencies because of this procurement framework directive. So, if they were now to be able to get that business it would act as a real local stimulus. In effect the State would be spending locally and then when it comes to collecting commercial rates and the likes, businesses will be able to pay because they have cash flowing through their registers.

“It's a very simple change to make and I have written to the relevant people asking for this to be included in the new programme for government - whoever will be in government,” Cllr Hanafin said. 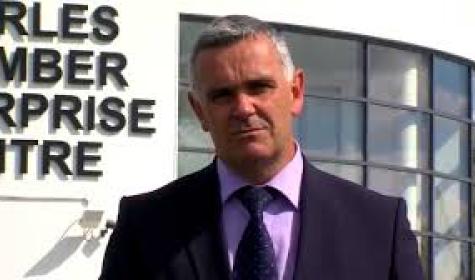 A key element of the Public Service Reform agenda was to reduce costs and achieve better value for money through reform of public procurement. In 2012, the Government commissioned an external report (“Capacity and Capability Review of the Centralised Procurement Function”) to identify actions required to realise substantial savings in public procurement in the short and medium term. One of the key outcomes of the report was the decision by Government to establish the Office of Government Procurement and this OGP commenced sourcing operations in 2014 and, together with Health, Local Government, Education and Defence, has responsibility for sourcing 16 categories of goods and services on behalf of the public service.

The OGP and its sector partners have put in place framework agreements and contracts through which public sector bodies can buy goods and services. As the State buys a wide range of goods and services, the sourcing model is broken down into 16 categories of expenditure. The 8 categories of common goods and services are procured by the OGP. Four sectors – Health, Education, Local Government and Defence – retain sector sourcing functions to procure the remaining categories that they are the main users of, on behalf of the State.

The OGP Sourcing organisation is broken down into a number of portfolios, each dedicated to different categories of spend. The sourcing portfolios are: Information and Communications Technology (ICT); Facilities Management; Utilities, Fleet and Plant, Marketing, Print & Stationery; Travel, HR and Managed Services; Professional Services; and Spot Buying.
The OGP also has responsibility for procurement policy and procedures, sourcing systems and data analytics.