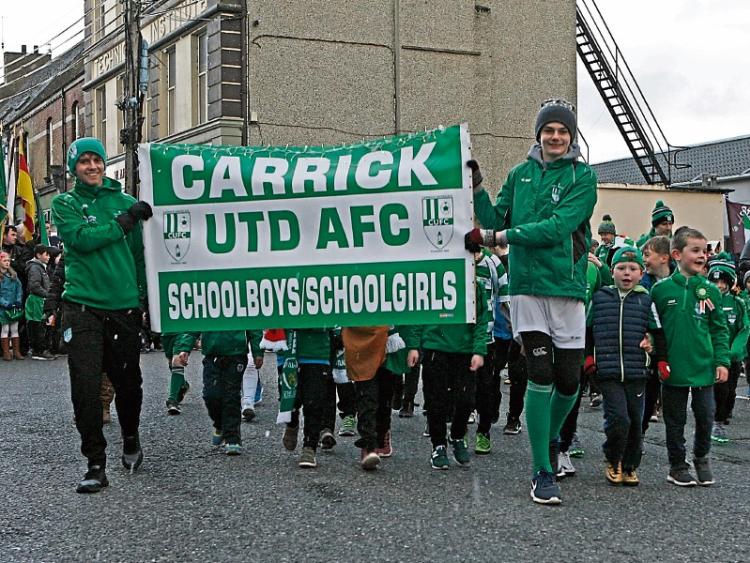 A date in September has been set for Carrick-on-Suir’s rescheduled St Patrick's Day Parade and the organisers will soon issue invitations to local clubs, societies, bands and community groups to join in the pagaent.

The town's St Patrick's Day Parade Committee isn't resting on its laurels during the Covid-19 pandemic crisis. It's busy looking ahead to planning a big community celebration in six months time when the crisis will hopefully have passed.

Saturday, September 19 is the new date for the event and the organisers are sticking with the  original plan to base the parade on the theme of One World.

Eddie Reade of the Carrick-on-Suir St Patrick's Day Parade Committee said the One World theme was even more appropriate now given the pandemic crisis the country and world is  experiencing.

“One world will celebrate the way we  as a human race, have come together in the face of such horrors and united to overcome them.

“It will honour those front line staff from all over the world who work to keep us safe and keep some small semblance of normality going through these times. These include our nurses, doctors, cleaners, shop workers, binmen, lorry drivers and all who still have to get up every day to fulfill our needs.”

He told The Nationalist he has received a very positive public reaction to the plan to reschedule the parade for September.

“The people of the town seem to be delighted. It's something for them to look forward to,” he told The Nationalist.

He said the Committee intend contacting local sports clubs, musical and social groups, voluntary organisations and schools as well as the town's international community at Bridgewater House Direct Provision Centre over the next few weeks to invite them to take part in the parade.

He said the Committee also plans to invite bands that usually perform at St Patrick's Day parades in neighbouring towns to join Carrick-on-Suir bands in the pagaent.

The  town hosted the country's only night time parade for three years between 2016 and 2018 before reverting to a daytime event last year.