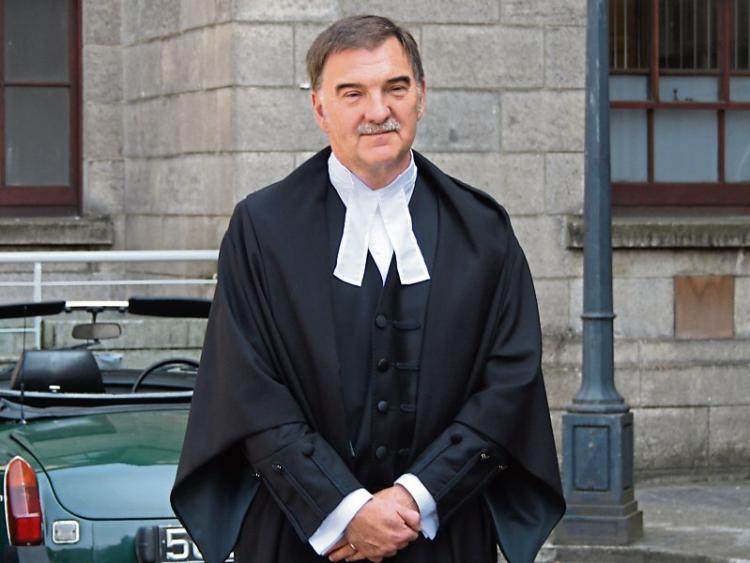 A 40 year-old man in a fit of jealously smashed a hole through the front door of a Tipperary town house with an axe and then tried to break down the door of a bedroom where a man and woman had sought refuge, Clonmel Circuit Court was told.

John O’Connor of 34 Glenview Square, Tipperary received a 12 year jail term with the final five years suspended for this offence at the court’s latest session.

Judge Patrick Meghan handed down this sentence to Mr O’Connor after he pleaded guilty to aggravated burglary with an axe at 33 Greenane Drive, Tipperary and making a threat to kill or cause serious harm to Luke Leonard on July 10, 2018.

The defendant  apologised by letter and in the court witness box to Iveta Cice, who he was previously in a relationship with, and Luke Leonard, the father of Ms Cice's son.  He  told the court he deserved to be in prison for what he did.

The court heard shortly before the incident Ms Cice rejected Mr O'Connor's request that she attend his grandmother's funeral. When Mr O'Connor  saw  Mr Leonard arrive at Ms Cice's home to visit his son, he misread the situation,  became jealous,  went to his grandmother's house, got an axe and returned to 33 Greenane Drive.

Outlining the evidence, Garda Sgt. Cathal Godfrey said on June 2, 2018,  gardai received a report of damage to an oil tank at the rear of 33 Greenane Drive. There was oil on the ground and a hose was broken off the tank. It was estimated about €200 worth of oil had been lost due to the damage. CCTV footage from a neighbouring property was viewed and it showed John O'Connor in the back garden.

Sgt. Godfrey continued that at 4.40pm on July 10 gardai received a report that John O'Connor used  an axe to break his way through the front door of the same house. He also used the axe to try to get into the upstairs bedroom where Iveta Cice and Luke Leonard had barricaded themselves in with a mattress put up against the door. The handle of the door was damaged and threats were made. Gardai went to the house and found John O'Connor walking towards them on St Michael's Avenue. When he saw the patrol car, he stood out in the middle of the road and put his hands up. He had left the axe on the road. All the windows of a blue Volkswagen Golf car parked outside the house had been smashed and the wing mirrors were broken on the road. There was a large hole hacked through the house's PVC front door. There was debris in the hall and the landing and the bedroom door was badly damaged.

Sgt. Godfrey showed photos of the damage  to the court.

The court heard Ms Cice shared the house with her 14 year-old son and mother, who weren't in the house at the time of this incident as they had gone shopping.   Luke Leonard was her son's father but he didn't live with them. He called to visit his son four to five times a week.

Sgt. Godfrey said Mr O'Connor had 23 previous convictions, the most recent was a suspended two year sentence for robbery imposed at Ennis Circuit Court in November 2017,  which prosecution barrister David Humpries noted was seven months before this incident.

Sgt Godfrey read victim impact statements from both Mr Leonard and Ms Cice to the court. Ms Cice said she was very nervous after this incident and was happy Mr  O'Connor was in prison as she was afraid of him. She said she can still remember the size of the axe and she believed he meant to kill her.

Mr Leonard also said he was very nervous since this event. Every time he visited his son,  he was careful taking note of his surroundings. He was without a car for a month after the incident and had to take out a loan to purchase one. He feared when Mr O'Connor was released from prison that he will never leave Ms Cice alone. He believed Mr O'Connor was obsessed with her. He  feared for the  safety of his son and those living in the house.

In the witness box, John O'Connor said he was  very close to his grandmother as she basically brought him up. When he was younger she stayed with him every weekend and he called to her every day. He recounted that he took a load of prescription tablets and consumed alcohol on the day he committed these offences.  He had been with Ms Cice for a year and thought they were going out with each other. She called over to my grandmother on a number of occasions so he called to her to inform her his grandmother had passed away and to see if she wanted to go to the funeral.  She   said she had no interest and when he left he saw a car pull in.   Luke Leonard got out holding a bottle of vodka and bottle of 7 Up.

“I never saw him before. I didn't know him,” he explained.

He said his actions were very out of character and he was very sorry for what he did. “I had a lot going on in my mind that day. When I saw him (Mr Leonard) go in I felt a lot of jealousy. I have a lot of remorse and feel very sorry about it.”

He  added  that he deserved to be in jail for what he did and assured Ms Cice and Mr Leonard they had nothing to fear from him in the future.

He acknowledged he received two breach of prison discipline reports at the start of his time in Limerick Prison but he had changed a lot. He was going to the gym and school every day and just keeping his head down. He said he wanted to return to working in the electrical trade when he got out of prison.

Defence barrister Edward O'Mahony handed into the court apologies Mr O'Connor wrote to the victims and pointed out that his client has been in custody in relation to this incident since July, 2018.

Mr O'Mahony said his client made full admissions to the gardai when he was interviewed. “The damage to the oil tank resulted from him being intoxicated. It wasn't done on purpose.” He fell onto the pipe rather than deliberately breaking it.

Mr O'Mahony submitted that Mr O'Connor suffered from significant mental health issues for most of  his adult life. His substance misuse problem exacerbated this. He was the victim of a violent incident about seven years ago arising from which a plate was inserted from his wrist to his elbow. “Up until that point, he worked as an electrician but he hasn't been able to work for some time because of his physical injuries.”

The barrister argued the aggravated burglary his client committed wasn't motivated by monetary gain. His client was under the impression he was effectively a “jilted lover”. There was no level of planning or premeditation.

The barrister also highlighted that Mr O'Connor was engaging with addiction and psychological services in prison. A prison governor's report showed he was using his time constructively in prison working in the kitchen, attending addiction services and seeking to do an anger management course.He was very respectful to prison staff. He  presented a psychiatrist's report outlining Mr O'Connor's significant mental health difficulties for which he required ongoing help. The death of his grandmother on the date of the incident caused him significant distress.

Mr O'Mahony argued Mr O'Connor has tried to address the issues that led to his re-offending and appealed to the court to structure the sentence it imposed in a way that would allow his client to attend residential treatment.

Judge Meghan said he was not in a position to give a minor sentence. Mr O'Connor used a “good sized” axe and the hole created in the front door was  of a considerable size. He believed there was a “certain element of premeditation involved”.

He considered the appropriate sentence for the aggravated burglary to be 12 years imprisonment given the premeditation and the degree of violence  and particularly the  size of the axe Mr O'Connor used. He also cited   the defendant's  previous record and the fact he was under a suspended jail term at the time.

Judge Meghan suspended the last five years of the 12 year term for 10 years in view of the  mitigating factors  including Mr O'Connor's plea of guilty, his remorse and apologies, the fact he surrendered to gardai and made full admissions to them and the positive prison governor's report.

He suspended this portion of the prison sentence on condition Mr O'Connor keep the peace,, stay away from Ms Cice and Mr Leonard, receive any pyschological services he requires on his release from prison and remain under the guidance of the Probation Service for a year after his release.  The Judge imposed a concurrent five year prison term for the threat to kill offence and three years concurrent sentence for causing criminal damage to the oil tank. The criminal damage  he caused to  Mr Leonard's car was marked proven and taken into account in the overall sentence.   He backdated the commencement of the prison term to the date Mr O'Connor went into custody. He granted  O'Mahony's  request to  assign legal aid in the event an appeal was lodged.

Mr O'Connor was remanded to appear before Ennis Circuit Court on April 28 for re-entry of the suspended jail term he received there in 2017.