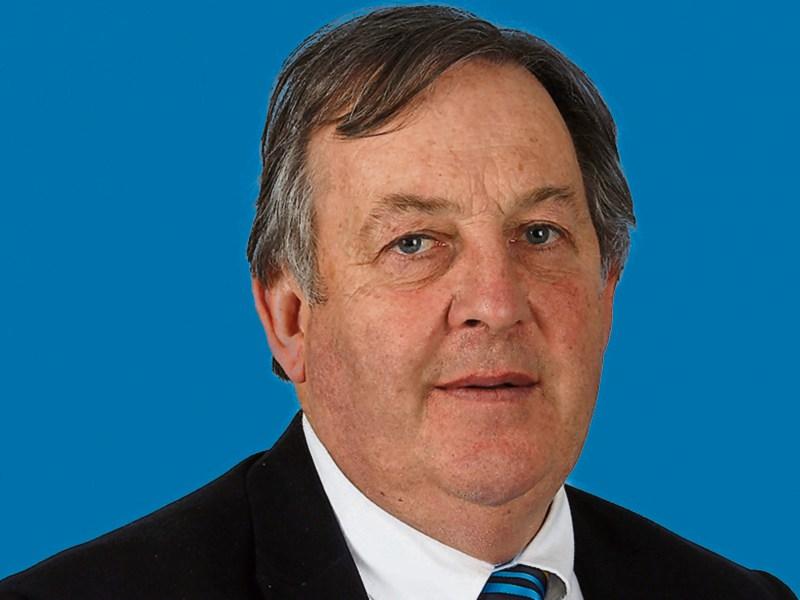 Cllr Joe Hanngian: has stepped down following his year as cathaoirleach of Nenagh Municipal District Council

Nenagh councillors have paid tribute to outgoing district cathaoirleach Cllr Joe Hannigan who has stepped down following his year in the chair.

Many of the councillors congratulated him on the leadership he showed during the decision by the Department of Foreign Affairs to move asylum seeking families to Borrisokane.

The issue had raised concerns in the town, but Cllr Hannigan had led the way for his community, they said.

“You didn’t back away. You handled issues that came up and you proved what you are about,” said Cllr Hughie McGrath.

Cllr Michael O’Meara described Cllr Hannigan as an “excellent leader” who was “passionate” about the job.

“You had some sticky moments to get over,” he said.

Cllr John “Rocky” McGrath said Cllr Hannigan was a “terribly honest decent man. Your family should be proud of you.”

Cllr Hannigan had done “tremendous work” over the year, said Cllr Ger Darcy, and Cllr Fiona Bonfield congratulated him on his work throughout his term.

Cllr Hannigan was also congratulated on his term of office by Cllr John Carroll and Cllr Phyll Bugler.

Incoming cathaoirleach Cllr Seamus Morris thanked Cllr Hannigan for his work throughout the year and said he had got to know him while canvassing for him in the general election.

On behalf of the council executive, district manager Marcus O’Connor said that Cllr Hannigan was a “colourful character” and he had had a great term.

Referring to the arrival of the asylum seekers to Borrisokane, Mr O’Connor said that Cllr Hannigan had taken on what he said was an “unusual and sticky situation” with leadership.

District administrator Rosemary Joyce thanked Cllr Hannigan for his courtesy throughout the year, saying it had been a “pleasure” to deal with him.

“Your leadership was a key issue in Borrisokane,” she said.

Cllr Hannigan was thanked by Tipperary County Council chief executive Joe MacGrath for his work through what he said was an “extraordinarily difficult year”.

While the council was in a different financial position due to Covid-19, Mr MacGrath said the distirct could look forward to achieving its potential.

Cllr Hannigan said they had to look at the positives out of Covid-19, and there were a lot of positives planned for the area, including the new tourist office in Nenagh and the digital hub.

“Let’s take on the challenges through the power of positive thinking,” he said.

The Independent councillor thanked his fellow councillors for having given him the honour of being cathaoirleach.

“I really appreciate that,” he said. “We are lucky in that as a group we work well together.”

He also thanked the council staff, saying they always perform to the best of their ability.