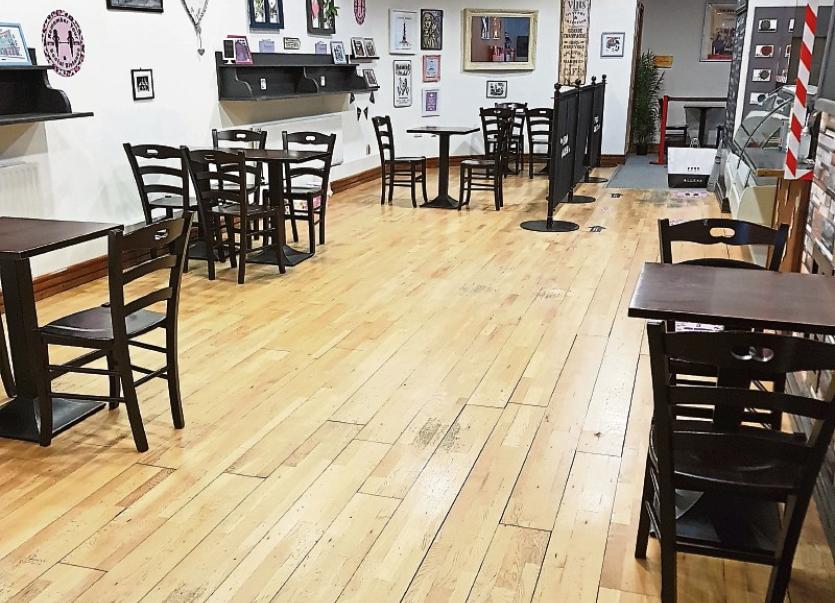 The co-owner of the French Quarter Café at Tipperary Town’s Excel Centre, which reopens its doors  on Wednesday, has called for the Government to extend its Covid-19 wage subsidy scheme beyond August to give businesses like hers the best chance of survival.

Annemarie Ryan, who is also an Independent county councillor prominent in the March4Tipp campaign, says the wage subsidy scheme and the great support she and her husband Loic have received from their landlord are the only reasons they have been able to reopen after the three months Covid-19 shutdown.

“I am really hoping the government will continue the scheme which is due to stop at the end of August. A lot of premises like us are reopening now but they don’t know for how long. They will be operating week by week, watching the figures.”

The French Quarter is initially reopening four days a week from Wednesdays to Saturdays from 10am to 5pm and all going well hopes to gradually build back up to opening six days a week.

Annemarie was finishing off a deep clean of the café ahead of  its reopening when The Nationalist spoke to her. She says there were 46 seats in the café prior to the Covid-19 crisis but now it’s reduced to 16 to comply with 2m social distancing rules.

They have been temporarily able to add an extra six seats in the foyer area of the Excel Centre, which won’t reopen until July 20.  Covid-19 safety signage has been erected around the café, hand sanitisers installed and PPE for staff purchased.

The café will for the first time operate table service to take customers orders but Annemarie and Loic have decided against requiring customers to book their table in advance. “We are a café, we never had table booking so it is first come, first served. It’s the fairest thing.”

Annemarie says they had to lay off one staff member who worked on Saturdays but their remaining seven staff are returning with reduced hours. While the café’s seating capacity is greatly reduced, she says their work is more labour intensive due to the table service and extra cleaning to comply with public health guidelines.

Annemarie says they have received loads of phone calls from customers enquiring about the café’s reopening and a lot of positive feedback from customers who miss having a coffee and chat with friends at the French Quarter. “I think it (the Covid-19 crisis) has brought home to people the importance of small local businesses. They have missed them and hopefully that will transfer into bums on seats.”