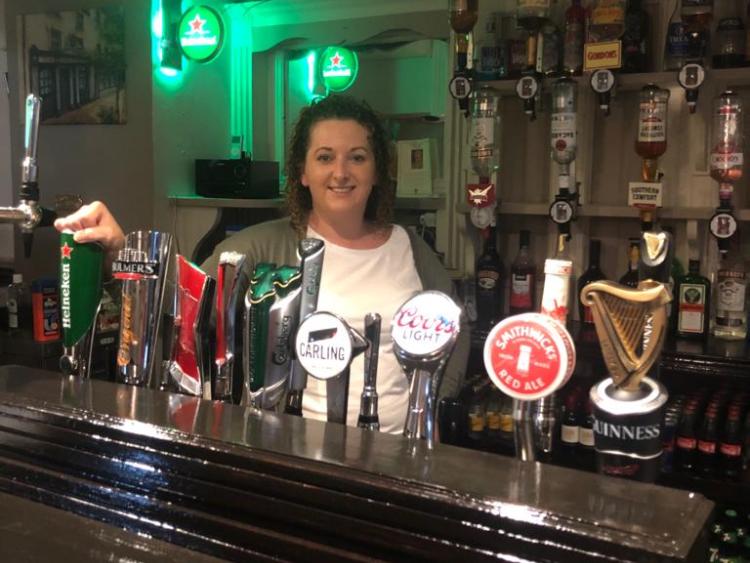 Pub owners have been made the scapegoats for the recent rise in the number of Covid-19 cases.

That’s according to Cashel publican Seamus Foley, one of 3,500 “wet pubs” throughout the country who had hoped to open their businesses last Monday but who must now wait until at least the end of the month to do so.

“Pubs haven’t been tried or tested so how can the Government say they would be responsible for an increase in the number of cases,” says Mr Foley.

He added that the decision to postpone the reopening of pubs was “ridiculous”.

He says that his family-run pub, which he runs with his wife Lucy, has been operating for more than 40 years and is well equipped to reopen.

“Our pub is full of nooks and crannies and is ideal for social distancing.

“At the moment people are buying drink from off licences and supermarkets to hold parties where there’s no social distancing.

“If all the pubs were open it would spread the crowds out and that would make everything and everyone safer.

“The guidelines are there, it’s just a question of abiding by them. Pubs have been policing their business for years and have run good establishments. It’s nothing new for us to abide by laws and regulations,” he added.

Meanwhile, owner of The Tannery in Carrick-on-Suir, Mike Smith, says the decision not to reopen pubs is “an absolute joke”. He says the Government “doesn’t have a clue” what it’s doing, fearing that it will keep pushing the phases back and preventing pubs from reopening.

“It’s very hard on staff, who have been out of work since March 15. I know an awful lot of pubs that will never open again. I don’t understand how pubs serving food are allowed to reopen while the rest aren’t,” says Mike, who also has a gastropub in Kilkenny which has reopened.

Mike says The Tannery will reopen its doors when the Government gives the green light, but admits that restrictions could be detrimental to his business.

“We have an older crowd and the majority of them would sit at the bar counter. We’re being told that this won’t be allowed and we fear losing our customers,” he added.

Cashel publican, Pakie Horan, doesn’t believe that pubs will be allowed to reopen until after Christmas.

“It’s going to get worse before it gets better,” says Pakie, who has operated the Brian Ború pub for the past six years and describes the decision to keep “wet” pubs closed as “stupid”.

He used to serve food all year round but now only does so from March to the middle of September, although his pub hasn’t reopened since the onset of the pandemic in March.

“We have lost all of our summer business, which accounts for between 60-70% of our turnover for the year.

“The Government came up with a €100 million package for the beef farmers. They will have to come up with a similar-type package for pubs, hotels and restaurants,” says Pakie.

Meanwhile, publican TJ Ryan of TJ Ryan’s pub in Cashel said he has absolutely no idea when he will open for business again.

“This Government has been so indecisive, there are a lot of aggrieved publicans being hit with one thing after the other. There is a huge amount of desperation out there among publicans. My rates have trebled since 2019,” TJ said. He added: “I live over the pub. We are closed now for nearly six months. It is a very strange and eerie feeling. I fear it will be next year before we are open again.” Sliabh na mBan owner in Carrick-on-Suir, Sara Conlon, says publicans are “disappointed and disillusioned” by the Government’s decision.

“We could have reopened and followed guidelines had we been given them,” she says. Sara is trying to stay optimistic, but admittedly has concerns that pubs could remain closed until Christmas.

“I have been in contact with my regulars and they are missing the company. A few of them live alone and coming to the pub is an opportunity for them to socialise with other groups,” she says.
Sara has called for a package from the Government to support the struggling publicans across the country who cannot reopen.

“Personally, I have put a lot of work into the inside of the pub and my biggest issue is that every month I’ve bills for electricity, insurance and I’ve no income. It’s crazy,” she added. Anita Brawders, who runs O’Connor’s Bar in Carrick-on-Suir, says rural pubs are being compared to those in Dublin. “I have quite a big premises but would only have in the 12 to 15 regular drinkers. People are aware of what’s going on and they would socially distance if we were allowed to reopen,” she says.

“We can’t understand how people can go on holidays and have staycations but we can’t open our business,” she says.
Denis Leahy of Leahy’s Pub in Tipperary Town said: “My pub has been in my family for three generations and I have been running it for 40 years come September and over all those years we have put a lot of investment and effort to progress it and pass it on hopefully to another generation but unfortunately the longer this enforced closure continues the less likely that is.

“I understand that this virus will remain in our society for some time so I believe we have to learn to coexist with it and adapt new practises in order that our businesses can reopen but making us the benchmark of how serious the virus is doesn’t wash with us and only enflames the sense that we are being discriminated against. Businesses that we have fought to keep open in serious economic downturns are being plundered.”

Tony Lowry of Lowry’s Pub in Tipperary Town said: “The decision not to open the remainder of pubs has been extremely disappointing. Many publicans had purchased stock in advance of the opening. They also had a financial outlay in the adaption of their premises to be Covid compliant and the purchase of sanitising units.

“There is deep anger as this is the second postponement of our proposed reopening dates. We are now looking for a financial support package having been closed for some five months now. Allow us to reopen our pubs so we can prove we are controlled venues.”