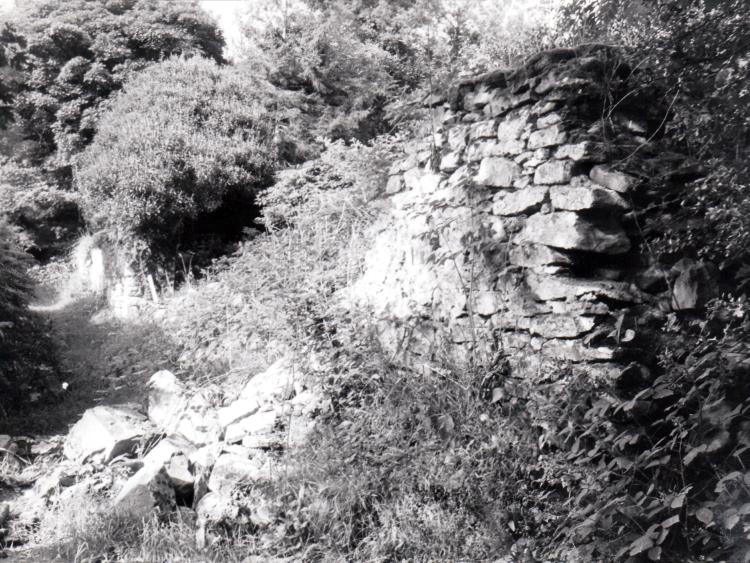 I was saddened to read of the recent death in Cork of Bernard Guiry. Known to his friends as Ben, and a member of an old Clonmel family, he lived for much of his life in Irishtown.

He was amongst the very few people alive who had inherited memories of a community which once occupied a village, Glenary, in the beautiful Comeragh foothills.

Some decades ago he gave a charming talk (not a formal lecture!) to the Clonmel Historical and Archaeological Society, in which he recounted the memories, traditions, stories and folklore, passed on to him from the last inhabitants of that now deserted village.

And before he left Clonmel, to set up home in Ballybrien, on the southern flanks of the Moanvullage Mountains, he very kindly passed on to this columnist his own map of the village, together with the names of the families who had lived and farmed there.

With the help of the last inhabitant, Tom Burke, he had identified, from the fragments of the walls and gables and grassland-over mounds, the sites of each dwelling and the names of each family.

From my own limited research, in the Waterford Archives, this would appear to be a very accurate map, and the names of the people who lived in the valley certainly coincide with those recorded in the Census of 1901, amongst which are the Baggs, Houlihans, O’Gormans, Lyons, Maguires, Currans, Burkes, Healys, Mulcahys and Walshes.

The Ireland family, gamekeepers, who lived on the south-facing hillside above the valley, and the Burkes were, according to the Census, amongst the few who could speak English.

Although living close to Clonmel, a completely English-speaking town, the people of Glenary were still Gaelic speakers into the early years of the last century.

According to the 1901 Census, about 50 people then lived in the village. The people living in the Comeragh hill-sides and valleys suffered greatly in the Great Famine.

Many fled to nearby towns, especially Clonmel, where the Qakers had set up a hospital and soup-kitchens. According to the tradition, some settled in the Old Bridge.

It would seem that by 1901 the population of Glenary had already been depleted and it continued to fall from there on.

By the time Ben Guiry (and this columnist) discovered the valley, during wartime Ireland, it had shrunk to four people, Tom Burke and his sister, Katie, and the Maguires, father and son.

Ben talked about the joy of that discovery, when he was a boy on summer school holidays, during which a retired man, a neighbour in Irishtown, “took a clatter of us young fellas” on long walks into the hills.

He said this man knew everybody they met, loved the out-of-doors, knew the names of people and places, and trees and wildflowers.

From fragments of the memories of such walks, and subsequent conversations with that quietly charming last inhabitant of the village, Tom Burke, Ben pieced together the bits and pieces that contribute to the story of a place.

There was the occasional visit from a hedge-school master (who spoke Lattin), and the later daily walk by 30 children from the surrounding townslands to Russellstown School, and the school-master, McGrath.

There was the pool in the stream where the sheep were washed; the haunted house “where nobody could live”; the gathering of rushes to make the annual St Bridget’s crosses; the black dog; the harbingers of death, the First Friday visits by Father Lane; the red gate entrance to Tom’s cottage and the tall hollyhocks in the garden; the fisherman from Dungarvan, who on his overnight journey to Clonmel, made a diversion at Kilmacomma where people from the valleys came to buy fish and so maintain their Friday abstinence; the monks in nearby Glenabbey.

And more and more...

Glenary is a beautiful, even magical place, on a sunny day, but making a living there cannot have been easy, especially in the darkness and isolation of winter.

The Comeragh valleys lost much of their populations to emigration, especially amongst those who had survived the Great Famine.

Some decades ago, I received a letter from a very, very successful United States businessman. This man had traced his ancestry to a place “called Glenary, somewhere in County Waterford”. Could I help? I could.

And so on a sunny day in early September, I walked with two men - Irish and American - down the sloping boreen, which becomes a stream in winter, and turned eastwards into a lovely track overgrown by blackberry brambles and wild roses.

Larks sang; the scent of ling heather filling the air.

Nature had now completely taken over the sites of the houses where once people lived, but with the aid of Ben’s map, I was able to identify the location of the ancestral home.

The site had been overtaken by tangles of brambles and sycamores and moss-covered stones. And then, briefly, a shaft of sunlight penetrated the gloom and lit up a fragment of a gable wall.

The eyes of the American man filled with tears. The Irishman and I left him standing there, as we retraced our footsteps. When he joined us a half-an-hour later, he was quiet, reflective, deeply moved.

Julia, the “most Irish” of my four now adult German grandchildren recently told me: “I fell in love with Glenary valley the first time I saw it.” And so did, I said. And so did Bernard Guiry. May you Rest in Peace, Ben.