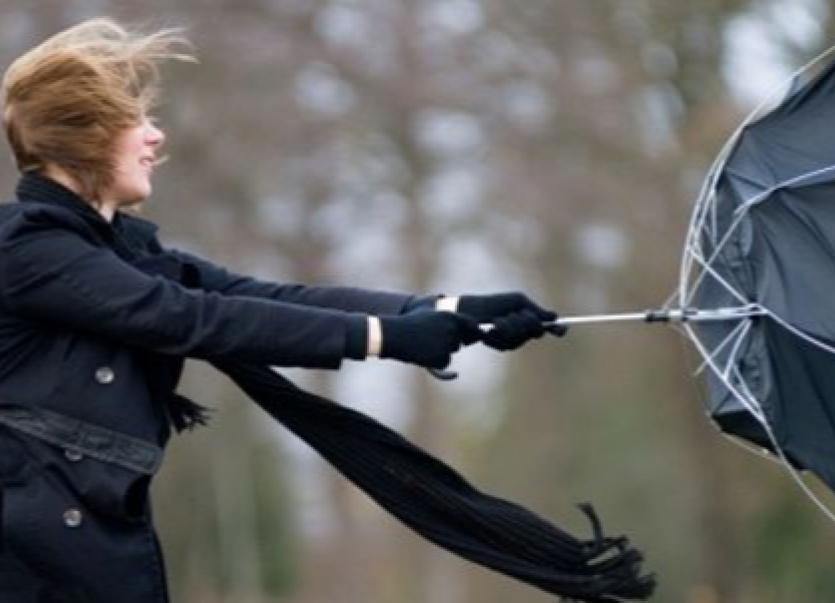 Met Éireann has issued a Status Yellow wind warning for Munster and Wexford.

"It will become very windy on Tuesday as strong southwest winds veer westerly with widespread mean speeds between 50 and 65km/h and gusts between 90 and 110km/h, higher in coastal areas," said a spokesperson.

It is valid from 6am on Tuesday, August 25 until 7pm that evening.

A Status Yellow rainfall warning has also been issued for Connacht, Donegal, Cork, Kerry and Waterford but not Limerick.

"Intense rainfall is expected at times Monday night and on Tuesday. Falls of 30 to 50mm are expected with surface flooding. This rainfall will further elevate river levels and may result in river flooding also."