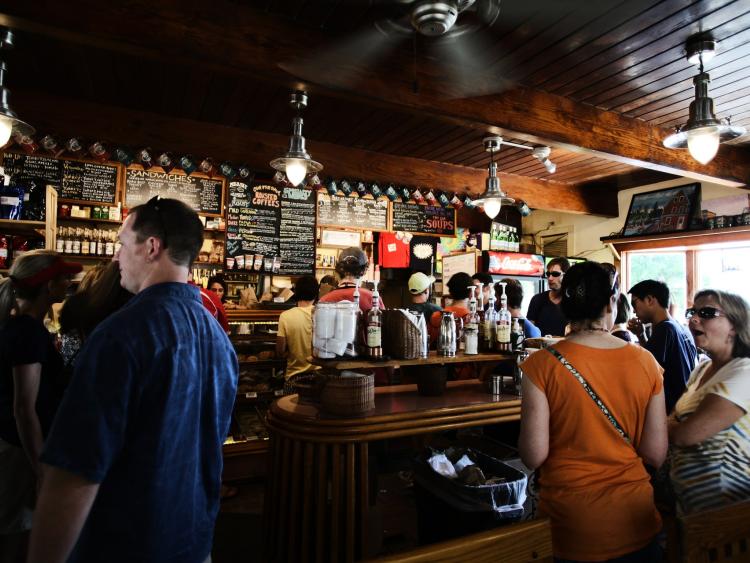 “While there’s no vaccine, there’ll be no fun in pubs,” says a Tipperary publican, despite the Government giving the green light for non food pubs to reopen on September 21.

Pubs were the first part of the economy to close at the beginning of the Covid-19 crisis, with their doors shut across the country in the interest of public health on March 15.

Denis Leahy of Denis Leahy’s Pub in Tipperary Town says publicans, which have seen the scheduled reopening of non food pubs delayed on three previous occasions,  are “financially embarrassed” after six months of being closed.

He slams the Government for not adequately providing financial support for struggling publicans. “There were still bills coming in the last six months. We are in need of bigger grants. We’ve been given back the rates money we paid last year and a restart grant, but it is not enough,” Denis says.

“It is a very difficult time for pubs and a lot of pubs won’t reopen. We are facing three very hard months of winter, which are bad months for pubs anyway. People don’t come out to the pubs when it’s wet and cold.”

Policing the pubs
Denis says publicans face challenges to work in line with the guidelines. These include customers leaving pubs by 11.30pm, a maximum of six people from three households allowed at a table, and  pre-booked time limits of 105 minutes where  physical distancing is reduced to one metre.

Other guidelines include management monitoring and managing physical distancing, customer records must be kept for contact tracing, customers must remain seated and order from their seat, and a strict queuing system and limitations on the number of toilet users must be implemented.

“People won’t be able to go into a pub, sit back and drink a pint, and not be able to interchange with other customers,” Denis says.

“Customers won’t stir out for 105 minutes, particularly older people. And it’s going to be very difficult to oversee smoking areas. How can someone be out there watching people smoking in that unhealthy atmosphere?

“Pubs will need to hire extra staff, as the bar is no longer a one-man band. We will need someone to bring drinks over to tables because there will be no one standing at the bar or paying at the bar. We might only have two customers, but we’ll need one behind the bar and one on the floor,” Denis continues.

Denis says rural pubs were “badly damaged” by the antics at a crowded Dublin bar that recently went viral. “We are lucky to have five or six customers a night. We should have been given the chance to reopen sooner and if we broke the rules we could have been shut down. These antics don’t go on in rural Ireland, where the customer is like family,” he says.

He says the pub business will “never be the same” until there’s a vaccine for Covid-19. “We have to learn to live with it. People will come out and socialise more once there’s a vaccine,” he adds.