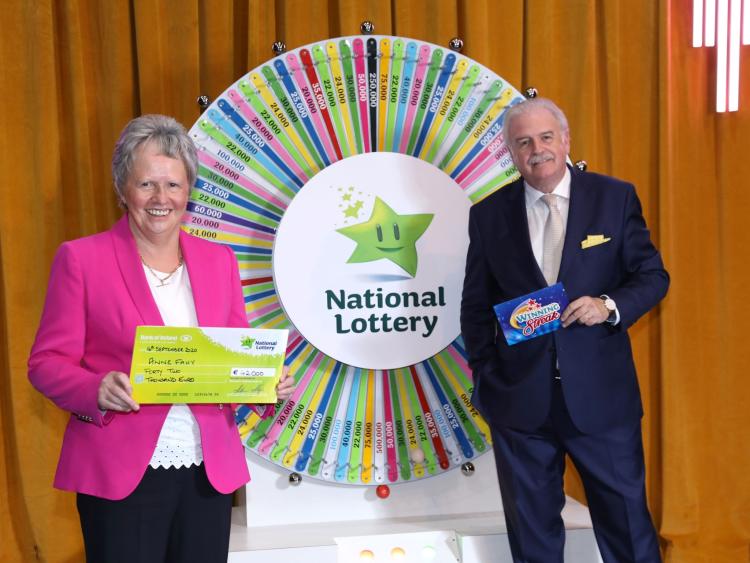 The 2019/20 season of the Winning Streak game show was concluded at RTÉ studios in Dublin on Wednesday as 10 players took part in two separate game shows which paid out a total of €401,000 in cash prizes.

Among the big winners was Tipperary woman Anne Fahy, who scooped a total of €42,000 in cash prizes.

Cashel's Anne was originally due to appear on the Winning Streak TV Game show on March 21, but this was later postponed following Government restrictions due to Covid-19.

When Anne's name came out of the Winning Streak drum back in March, she was a bit of a local celebrity in her town of Cashel. The town of Cashel had been used to celebrating Winning Streak luck as another local lady, Anne Skeffington, was on the show three weeks previously for her second time.

Anne, originally from Clonmel, is married to husband Noel for the past 34 years. Noel runs a local shoe shop in Cashel called Noel Fahy Footwear, a business in operation since 1984, so the couple are well known in their community.

Anne is a retired midwife, who worked in South Tipperary General Hospital in Clonmel for many years.

Anne, despite being retired, is very active and has a number of hobbies. She is member of two groups: the Mid Tipp Hillwalkers and the Wednesday Wasters who frequent the beautiful scenery that Cashel and the surrounding areas provide.

She is also a leader of the local Girl Guides group, something she has done for the past 25 years, and plays the odd round of golf at Cahir Park Golf cClub.

As if that wasn’t enough, she also loves the card game Bridge and is a member of the local Bridge 89 Club in Cashel.

Anne plans to wait until the dust settles to see how she will spend her Winning Streak windfall.