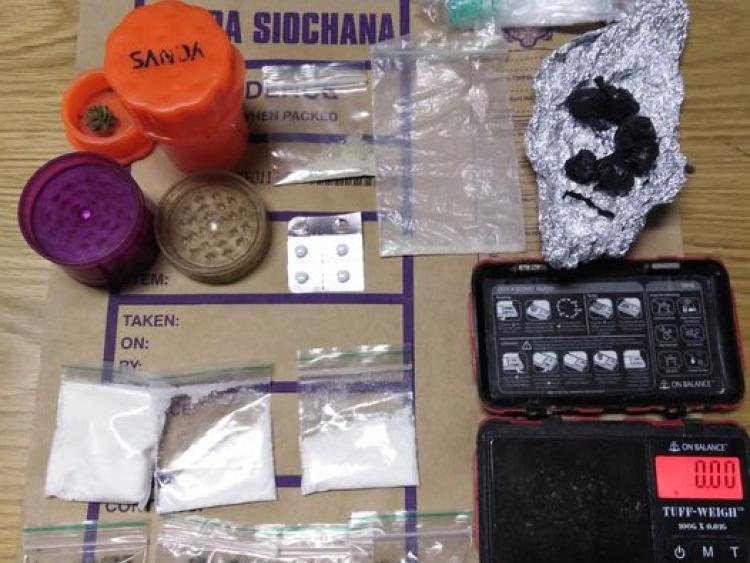 A search was conducted at Highfield Grove, Clonmel by members of the Clonmel District Drugs Unit on October 2.

Suspected drugs such as cocaine, MDMA cannabis and alprazolam with an estimated street value of €2,500 was seized along with digital scales and deal bags.

A man in his 20s was arrested and detained at Clonmel Garda Station.