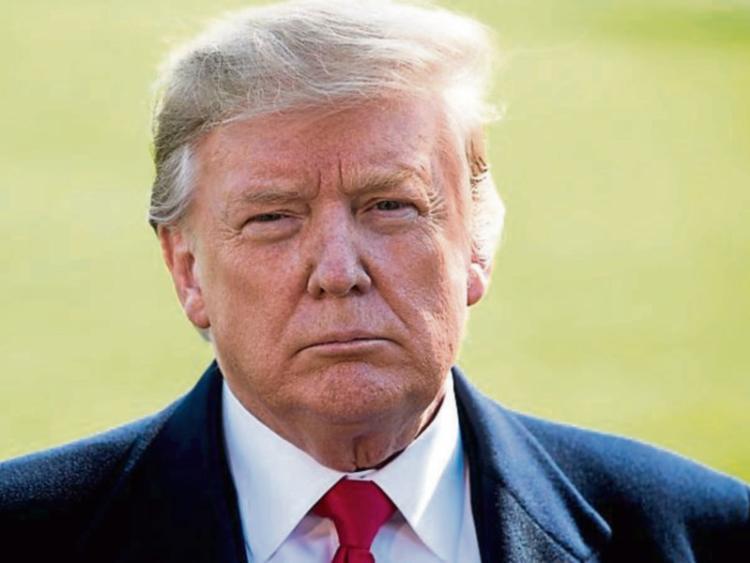 President Trump’s decision to defy medics and show himself in his motorcade to the people shows serious political skill.

As a leader, Trump knows that his first obligation is to be seen to be in command, in control, and calling the shots and he certainly did this.

What CNN and Trump critics saw was a president putting Secret Service lives at risk in his motorcade. But Trump was determined to show himself, even from a car window, to let the public know he was alive. It was a calculated risk that may turn the polls in his favour.

What Trump supporters saw was the determination of the President – and in the passing slow-moving motorcade, they viewed a stricken, sick man in his mid-seventies, but still ready to show up and visually press the flesh.

Trump told objecting hospital medics he was going to greet his supporters who were holding a vigil for him outside the Walter Reed Medical Centre. He wanted to personally thank them – a political trait he shares with Bertie Ahern.

As a businessman, Trump spent a good deal of his working life thanking people who helped him. Gratitude works in politics as well as business and its second nature to him now. He had to do this thanking ritual himself and it couldn’t be tweeted.

Trump’s drive-by greeting to his supporters showed he acknowledges his emotions too. He needed to see them and he did so.

Like him or not, Trump has also scored by showing his vulnerability, a key component in inducing sympathy.

By getting out of his sickbed, getting dressed, and facing the world, the US President essentially told his supporters he needed them more than he needed his medics or comfort.

This will impress older moderate Republicans who were tiring of him and his hardman act and bring them out on election day.

They know what it’s like to be 70+ and not well and they admire his resilience and spirit.

Trump had every right to rest up given his condition. Would Biden have gone out on a motorcade if he contracted Covid? Not likely.

Yes, he would be a politically correct and compliant patient – but there are few votes in being Mr Perfect.

Irish Trump observers might knock the US president for his neediness and recklessness. Yes, but his neediness is a political strength. And being reckless? It means he is prepared to take risks.

He is not the first US President to win sympathy due to illness either. Polio-stricken President Franklin D Roosevelt in 1932 had himself propped up with iron leg braces behind a podium to address the people.

They knew he was sick and struggling but elected him, not once but four times.

Likewise, Trump propped himself up in a motorcade and drove by his supporters. It demonstrates savvy political skills and readiness to rule.

A good political leader needs to take risks all the time and show they’re in charge.

But Trump is not nearly out of the woods with this virus and still deep in the woods in the polls. Currently, he is running 10 – 15 points behind Biden nationally with a narrower lead in the key swing states.

President Trump also has to contend with Kamala Harris, Biden’s vice-presidential nominee. As a former San Francisco district attorney, she is a formidable operator and likely to have the edge over Vice-President Mike Pence in their debates.

But Biden can’t rely on Harris to win this election – neither can he rely on the polls.

Because my hunch is Trump’s hospital heroics may have closed the poll gap and Biden now actually leads by only 3 – 4 points (in the margin of error). Joe Biden cannot rest for a minute as Trump is hot on his heels.