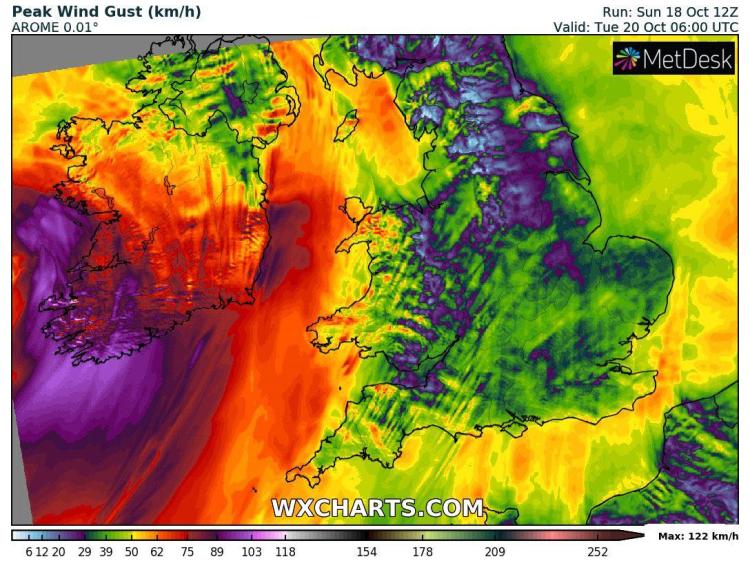 A very unsettled spell of weather ahead now with heavy rain arriving in the west early Monday morning and moving across the country, according to www.carlowweather.com.

Forecaster Alan O'Reilly said: "Eastern areas will escape the worst of the rain but still likely to see spells of rain, rainfall totals for the next two days could see up to 50mm with some flooding possible in the South and West.

"The second issue is the strong winds on Monday night and Tuesday, the exact detail is a little uncertain as it depends on track of low but latest charts show gusts up to 120km/h on the southwest coast. Strong gusts across many areas in the Southern half of the country then Tuesday.

"Turning cooler on Wednesday with a risk of showers but Thursday looks cool and mainly dry for many.

"A lot of uncertainty for next weekend at present so keep an eye on forecasts later in the week.

"Stay safe folks and watch out for slippy conditions with fallen leaves and heavy rain, also risk of drains getting blocked and local flooding."