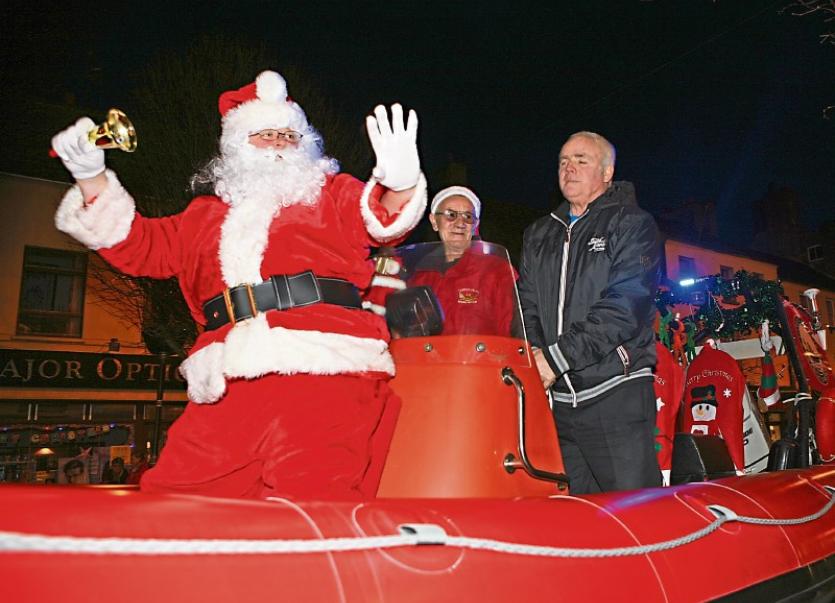 Carrick-on-Suir’s business community is to receive local authority grant aid again this year to help fund the Christmas lights for the town centre though the  allocation will be  less than last year.

Carrick-on-Suir Municipal District  councillors  agreed at their monthly meeting last Thursday  to  allocate €5,000 to Carrick-on-Suir Business Association  to assist it with the town’s Christmas lights.

Last year the Municipal District allocated  €7,500 to COSBA for this  purpose but last week’s meeting of councillors   heard   other towns and villages in the District also require financial assistance from the council for their  Christmas lights this year.

Acting District Administrator Liz McGrath told the meeting   the council had received a  letter from COSBA requesting financial assistance for the town’s Christmas lights and indicated  there was some money available for Christmas lights in the District’s General Municipal Allocation (GMA).

Carrick-on-Suir Cllr Kieran Bourke (FF) supported COSBA’s request. He pointed out it cost an estimated €15,000 per annum for Carrick-on-Suir’s Christmas lights to be erected and taken down and he noted that each year these lights required maintenance and repair.

Referring to the Covid-19 pandemic, he said businesses have suffered this year and were now in another  lockdown.

Traders and communities didn’t have the money in Carrick-on-Suir and in towns and villages  like Fethard and Ballingarry to fund their  Christmas lights.

He acknowledged Carrick-on-Suir was “well looked after” for Christmas lights funding last year and  proposed the council allocate €5,000 towards the cost of the town’s lights this year. He explained the Municipal District   also needed to help out other villages and towns with their lights.

He said  it was going   to be a “gloomy enough Christmas” this year and not to have Christmas lights in the towns and villages would only add to this. Council chairman Cllr Kevin O’Meara seconded Cllr Bourke’s proposal.

Cloneen Cllr Mark Fitzgerald (FG) echoed Cllr Dunne’s call on the council to do whatever it can to lift the gloom in December by providing grants for Christmas lights in the   District’s communities.