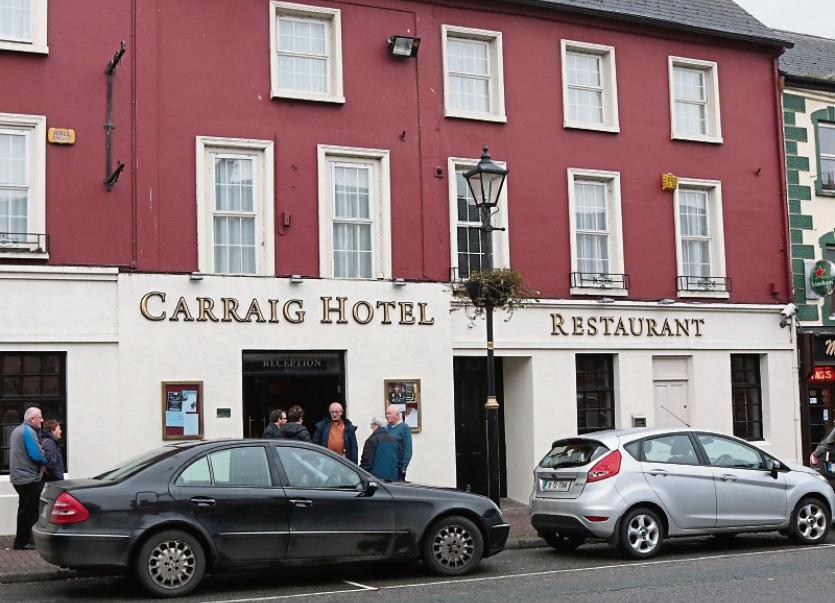 Carrick-on-Suir Municipal District has granted a licence to Carrick-on-Suir’s Carraig Hotel to allow it have outdoor tables and chairs for customers outside its premises.

The Municipal District’s councillors were informed the licence permitted four outdoor tables and eight chairs outside the hotel situated on Carrick’s Main Street between October 2 this year and October 1, 2021.

Carrick-on-Suir Cllr Kieran Bourke welcomed the grant of the licence and hoped to see customers using the hotel’s outdoor seating and tables in the springtime.