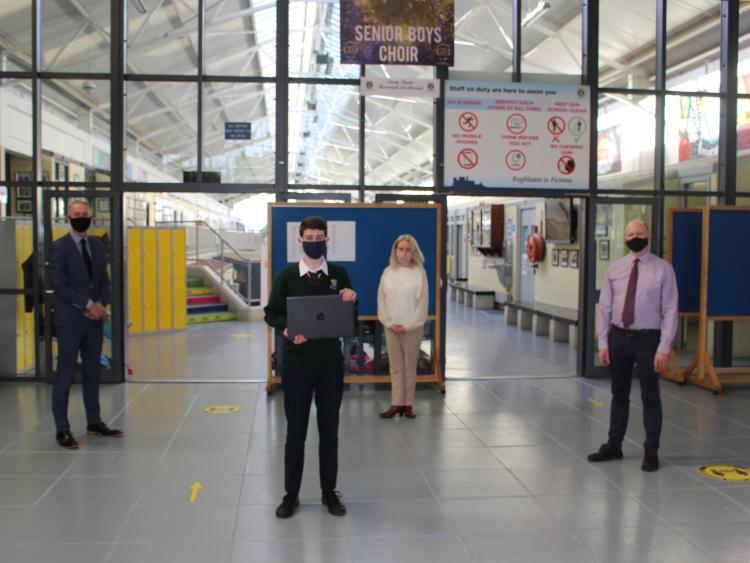 Darragh Hogan is the delighted recipient of the 2020 Godolphin Bursary in Cashel Community School.

The Bursary is awarded annually to a sixth year student in the school. Each winner receives €6,000 over four years of study in University as well as a new laptop.

This year’s entrants submitted essays on their school and community involvement, key attributes, achievements and ambitions.
Darragh is planning to study Data Science and Analytics in UCC. He hopes to work in Management Consultancy when he graduates.

As a first year student he won the School’s Inaugural Business Project competition and he has enjoyed further success throughout his time in Cashel CS.

As a member of the School’s Global Citizenship Team, Darragh has been very involved with initiatives to raise awareness of how we can combat climate change.

While in fifth year he was chosen by Dáil Éireann and RTÉ to be a representative for his local area to the first Youth Assembly on climate change.

Cashel CS is profoundly grateful to the Godolphin Racing Syndicate for its generous support in funding the Bursary.