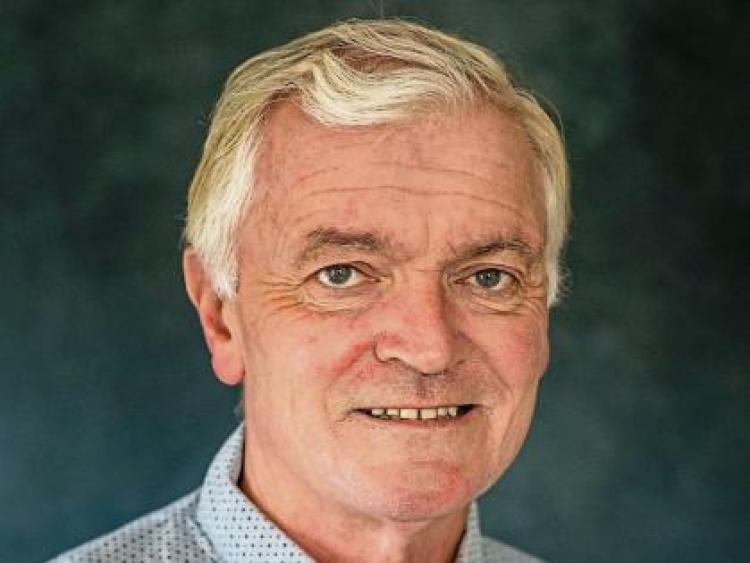 I have always admired the Augustinian priest, Fr Iggy O’Donovan, for his open and forthright views on the difficulties facing the Church and for being so willing to speak his mind honestly and without fear of censure.

I was therefore very pleased to have the opportunity recently to sit down with him to explore some of the issues in more detail.

Born in the Glen of Aherlow to Anthony and Margaret O’Donovan, he is one of a family of 10. Educated at the local national school in Lisvernane and at St Augustine’s College in Dungarvan, he spent a year in the Civil Service, in Taoiseach Liam Cosgrave’s department, before going on to study history and politics in UCD.

He says that these were very formative years for him and helped to shape him as a person.

“The people that I met and studied with and lecturers like Brian Farrell and F.X. Martin all helped to give me an appreciation of history and heritage and gave me a liberal outlook on life which was not characteristic of the church at that time.

"This encouraged me to join societies such as Amnesty and the campaign against Dublin Corporation’s development of its Civic Offices at the Viking site in Wood Quay in Dublin.

"The campaign against Wood Quay raised consciousness for our heritage and history so while we lost the battle, we won the war in ensuring that something like this could never happen again."

After graduating with a degree in history and politics, Fr Iggy went to study in Rome for five years and was ordained in 1983. Returning from Rome he went teaching senior history at the Good Counsel College, New Ross.

Teaching has been a big part of his life and a move to the Augustinian church in Drogheda saw him become involved with a group of Catholics who believed that faith could be reconciled with modernity.

“This was pretty unique in the Catholic Church which was seen as notoriously conservative and authoritarian. The introduction of innovation in the liturgy saw modern music from the likes of Bob Dillon and John Lennon, replace a lot of the old traditional psalms. Sermons were frequently given by lay people especially women and events such as Road Traffic Sunday, Suicide Memorial Sunday, Positive Ageing Sunday and Ecology Sunday were introduced with our fellow sister churches.

"They were the most exciting of times with the involvement of young people and of lay people and women being central.”

While the Church was packed with people for the different Masses and Services there wasn’t universal approval for this approach and the involvement with fellow sister Churches led to much controversy and resulted in sanctions being issued.

“We were forbidden to have any form of celebration of the Eucharist with any sister Churches and what we were doing was watched over with even our own Church Newsletter being sent by certain parties to Rome for inspection. We continued to celebrate events such as the ones previously mentioned which were examples of creative liturgy and unfortunately this was allowed to peter out with the net result being that the Church and the liturgy is now largely irrelevant to most people.”

Fr Iggy came to the Augustinian Abbey in Fethard in 2017, his first posting in Tipperary. He says that while it is smaller and quieter than what he was used to in Drogheda, he has some involvement in the local Patrician Presentation Secondary School, which he finds to be "very stimulating".

He says that there is a very loyal and supportive following for the Abbey and of course being in Fethard also gives him the opportunity to travel home to the Glen of Aherlow regularly.

I was anxious to explore with him his views on the relevancy or otherwise of the Church today and to develop on his view that the Church is now largely irrelevant to most people.

“I think that Covid has really brought this home. The Church is not relevant in this pandemic. The Taoiseach or the Tánaiste will talk about bars, gyms, sports, etc., but rarely do you hear a mention of the importance of the Church in all of this.

“The Archbishops met the Taoiseach but it seems that nothing has happened. They are afraid to speak out and it is easier it seems to say nothing at all.

“There is much more importance given to the role of the Church in this pandemic in places like Britain and France then there is here in Ireland.

“One of the worst things is that we have not been able to honour our dead properly and to give support to those grieving. This was something that we were very good at with the Mass being central to paying tribute to those who have passed.”

Fr Iggy believes that the Church in its traditional form is ‘all but finished’ and that one only has to look at the very aged attendance and ageing clergy to reinforce that view.

“When the first lockdown came in 50% of the clergy in the Dublin Archdiocese had to cocoon so that gives an idea of where we stand in relation to ageing clergy. The Church as we know it is finished and IF there is to be a future it belongs to the laity and the role of women will be central and ministry will have to be opened up to them.

"I would be optimistic that this will happen but there is a very long way to go. In the Catholic Church reform is fiendishly difficult but it has to happen to ensure a future."