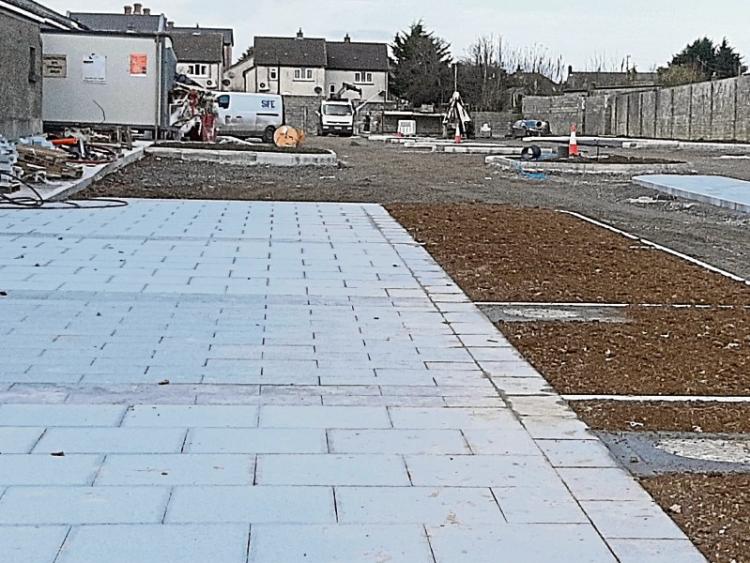 The new car park at Davis Road, Clonmel, on the site of the former Kickham barracks, will open soon

The new car park at Davis Road, Clonmel will open in early December.

District Administrator Michael Moroney told a meeting of Clonmel Borough District that the construction of the car park was almost completed.

The car park, which has 120 spaces, is part of the overall Kickham Barracks development and is located opposite The Showgrounds shopping centre.

Mr Moroney said it would have the same pricing schedule as the car parks at Suir Island, Gordon Place, Kickham Street, Irishtown and New Quay.

He told Cllr Michael Murphy that there were three charging points for electric vehicles, although once the ducting was installed it could be extended to accommodate more charging points.

However a request by Cllr Pat English to extend the free parking that’s available in the council-owned car parks in Clonmel on Saturdays during December to include Fridays, was refused.

Cllr English said that the free parking on Saturdays worked very well and seemed to attract people into the town.

He thought that this initiative should include Fridays on a once-off basis this year.

“The town centre is under extreme pressure,” he stated.

However District Manager Sinead Carr said the council received numerous complaints about Saturday free parking during December, including from some traders.

She said a significant number of spaces was available in the Suir Island car park, there would be additional spaces at Gordon Place and the new Davis Road car park would open soon in time for Christmas.

They also had to look at it from a budgetary point of view, and the council had suffered a budgetary deficit during 2020 because of Covid-19.

Ms Carr also said that a huge amount of initiatives had been organised in a partnership between the Borough District, the Chamber of Commerce, the traders and Clonmel Junction Arts Festival.

The Junction Arts Festival is working with local artists and technicians to create some special installations around the town.

Every Monday, from November 30, families can download a special Festive Trail map and clues to have a seasonal stroll around the town, and solve the puzzle to win a €50 voucher from participating shops.

Also, shoppers who spend €5 or more instore in any Clonmel business or on their online stores any day between December 2-13 will have a chance to win one of fifty €50 vouchers from participating stores.

Shoppers must email a copy of receipts to winwednesday@tipperarycoco.ie by Tuesday December 15 to be in with a chance of winning a voucher, with the draw taking place on December 16.

Cllr Michael Murphy said great credit was due to all involved in these initiatives.