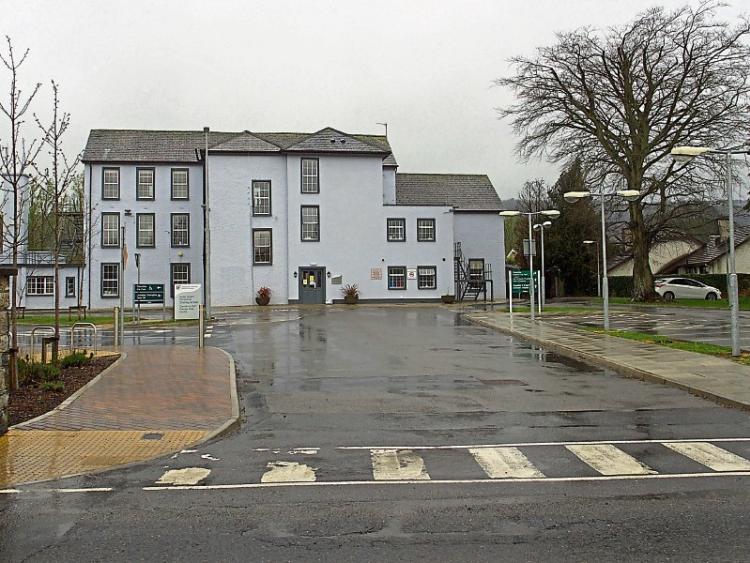 A Carrick-on-Suir Fianna Fail councillor has accused the Government of “abandoning” his hometown by closing St Brigid's District Hospital and declared he will “never forgive or forget this betrayal”.

And Independent Tipperary TD Mattie McGrath condemned the decision in the Dail yesterday (Thursday) and said the people of south Tipperary have been completey misled.

Carrick-on-Suir FF Cllr Kieran Bourke issued a press statement this morning describing how he was truly shocked, disappointed and deeply angered by the sudden announcement of the closure of St Brigids Hospital. “I have tried my best to secure the continuing future of this facility. I have lobbied hard and indeed secured a verbal commitment from Minister Donnelly in July this year that the hospital would reopen once the Covid threat has subsided.

“Obviously the word of the Minister has no value, I tried through every means possible to secure this commitment in writing through calls, letters and emails,” he continued.

“It is a damning indictment of the Minister and his Department that not one of my many correspondences was even acknowledged as received.

“I implored the Taoiseach to get involved and again neither the Minister nor our neighbouring Junior Minister Butler who announced this travesty could be bothered to communicate or engage.

Cllr Bourke said he was truly despairing of this Government and the ministers in the Health Department that they have such little regard for the people of Carrick-on-Suir.

And he vowed: “I will continue to fight this unfair and unnecessary closure and will make the anger of the people of Carrick known at every level of Government. This Government has abandoned Carrick on this issue and I will never forgive or forget this betrayal.”

Independent TD Mattie McGrath also condemned the decision in the Dail yesterday (Thursday). He said the people of south Tipperary have been completey misled by the Health Minister after he moved to close St Brigid's as a District hospital

He said he highlighted on the floor of the Dáil the shambolic and disingenuous handling, by the Minister for the Health and the HSE, to the future of St. Brigid’s District Hospital in Carrick-on-Suir, Tipperary.

Raising the matter with the Tánaiste, during leaders’ questions, the Tipperary Deputy said:

“The Minister for Health Stephen Donnelly has been giving commitments, for months, that the inpatient short stay facility at St. Brigid’s would re-open. We now know that the Minister has been completely misleading public representatives and the public. His u-turn decision to close a hospital, which has served the area very well for 183 years, is disgraceful.”

“This means the Fianna Fáil Minister is denying crucial access to the hospital. This is despite the fact, that the 14 bed St Brigid’s Hospital was completely re-designated as a “step down” Covid-19 care facility to serve the south Tipperary area in March of this year.”

“This decision means patients from the Carrick-on-Suir catchment will no longer have access to local inpatient convalescent, respite and palliative care and will have to be accommodated elsewhere in the HSE’s community healthcare services in the county.”

“The Tánaiste’s response today was another whitewashed ‘cut and paste’ response from the Minister for the Health and the HSE and lacks credibility. Therefore, how can we trust anything they say about alternative services, when they have spent most of this year, advancing the promise of re-opening the facility as a District hospital?”

“I will not accept this decision, nor will I accept the false promises and double speak from the health Minister and HSE management. How can we trust them to provide any services at St. Brigid’s?”

“The St. Brigid’s District hospital has served south Tipperary well since 1837. I am determined to do everything in my power to ensure it remains a fully functioning district hospital, for many more years. Attempts to centralise all our key health services to large cities is not a policy – it’s an attack on our access to local healthcare,” concluded Deputy Mc Grath.