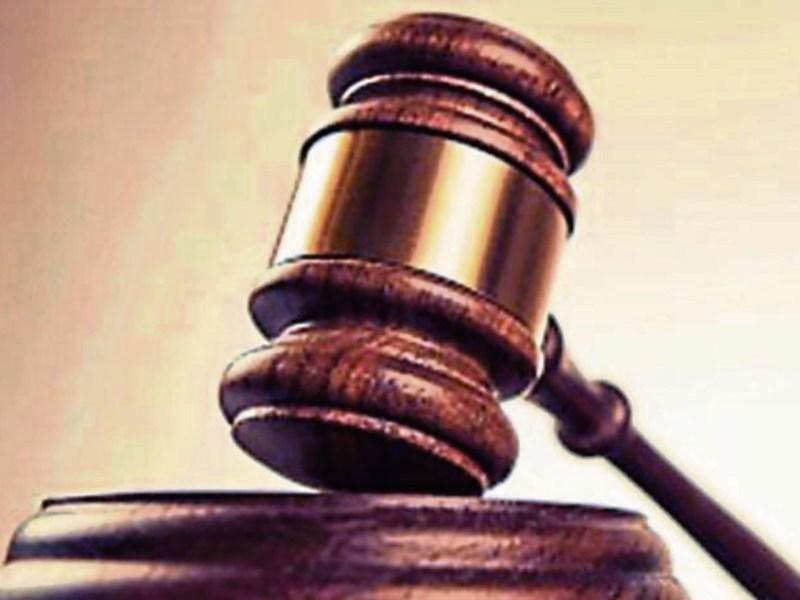 A garda was off work for a month after he was headbutted in the jaw by a drunk man being transported in a patrol car from Cashel to Tipperary Garda Station, Clonmel Circuit Court heard.

Arthur Mierzejeweska (44) of 27 Dominic’s Court, Cashel received an 18 months’ suspended jail term at the latest session of the Circuit Court where he pleaded guilty to assaulting and harming Garda Jamie Ryan on August 31, 2019.

The Polish-born stone mason also saved and paid €3,000 compensation to the garda, who suffered headaches, vomiting, dizziness, neck and jaw pain as a result of the assault.

Detective Garda Conor Gleeson told the court Garda Diarmaid Moriarty was called to a public order incident at the Star Bucks Coffee Shop at  Tesco Shopping Centre in Cashel at 5pm on August 31. The garda saw Arthur Mierzejeweska visibly intoxicated and acting aggressively. He was arrested under the Public Order Act and brought to Tipperary Town Garda Station. Garda Jamie Ryan was seated in the back passenger seat of the patrol car. On the way to the garda station, Mr Mierzejeweska headbutted Garda Ryan in the left jaw as the garda was attempting to calm him down. Garda Ryan had to use pepper spray to calm him down.

During the interview process afterwards, it became apparent that Mr Mierzejeweska became quite claustrophobic in the car and the alcohol he had consumed played quite a role in this.

Det Garda Gleeson said the defendant’s memory of the incident was poor but he did admit the offence. “He would say it wasn’t intentional what happened on the day.”

Meanwhile, the Detective outlined that when Garda Ryan arrived at Tipperary Garda Station, he was  quite sore around the neck area and vomited in the toilet. He was brought to South Tipperary General Hospital and a medical report from the hospital showed he suffered headaches, dizziness, vomiting, jaw and neck pain and soft tissue injury as a result of the assault.

Det Garda Gleeson read a victim impact statement from Garda Ryan to the court, which outlined that he felt dazed and queasy after being headbutted.  He was informed at South Tipperary General Hospital that he had concussion and suffered tissue damage to his neck. He suffered from constant headaches and neck pain and was off work for a month. Garda Ryan said he was thankfully able to return to full health but for a period after the incident he was a lot more nervous on call outs to incidents where there was a potential of aggression.

Det Garda Gleeson concluded that Garda Ryan was fine now and back working on full duties.  He said Mr Mierzejeweska hadn’t any previous convictions and was in Ireland approximately five years. He was divorced and worked full-time as a stone mason.

Defence barrister June Morrissey said her client was highly intoxicated that day and became agitated in the back of the patrol car. He was quite co-operative with gardaí the next day though his memory of the incident was poor.

er client stated he didn’t intend to harm anyone and the assault was unintentional.

Det Garda Gleeson replied “no” when Ms Morrissey asked if Mr Mierzejeweska had come to garda attention since this incident.

Ms Morrissey pointed out that her client had never come before a court in this country or his home country before. This incident was “quite out of character” for him.

She said Mr Mierzejeweska had collected €3,000 compensation for Garda Ryan and read to the court an apology letter written by her client. In the letter Mr Mierzejeweska expressed his sincerest apology to the gardaí and said he didn’t know what came over him. “I can’t tell you how ashamed I am and how much I regret this. I really didn’t mean to do it.”

Mr Mierzejeweska said he wasn’t a bad guy but for some reason he drank too much. He pointed out that after the incident he stopped drinking alcohol and changed himself for the better. He insisted he was not a trouble maker and came to Ireland for work and his family.  He  expressed the hope that   Garda Ryan felt better and apologised again for putting him through so much.

Ms Morrissey submitted that the huge emphasis in her client’s life was his work. He was quite skilled and was employed ever since coming to Ireland. He currently works with a firm in Thurles.

She explained that at the time Mr Mierzejeweska committed this offence he was working with a different firm and hadn’t been paid for a number of jobs and debt started to accrue. “It’s quite apparent when speaking to him that it was quite stressful. He stated that he rarely drinks and at this time he got very drunk and got into trouble with the gardaí.”

She argued  the fact Mr Mierzejeweska got claustrophobic in the car was indicative that the assault was a reckless act and not intentional.

“It wasn’t done out of malice. He is quite embarrassed to be here and doesn’t intend troubling the court in the future.”

She appealed to the court to be as lenient with her client as possible and suggested that he could save more compensation if the court felt this was required.

Judge Helen Boyle said she accepted Mr Mierzejeweska’s apology was genuine and that it wasn’t his intention to cause injury to the garda.

She said the aggravating factor in this case was the assault on Garda Ryan during the course of his employment.  The garda was entitled to go to work and return without being assaulted. The mitigating factors were his early guilty  plea, profuse apology, the fact he had a good work history and saved €3,000 compensation.

She considered the crime warranted a three year prison sentence but taking into account the principle of proportionality and the mitigating factors, she reduced the sentence to 18 months, which she suspended on condition Mr Mierzejeweska keep the peace and pay the €3,000 compensation to Garda Ryan by December 31.