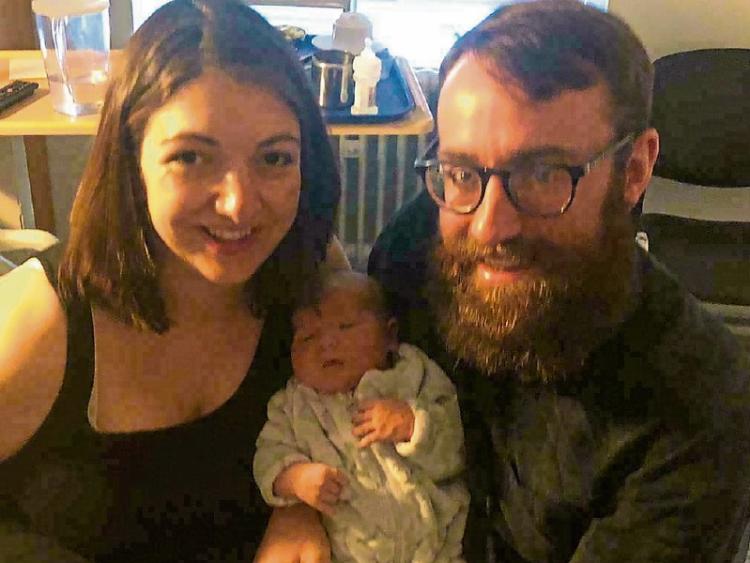 The first baby of the New Year born at South Tipperary General Hospital was Oscar Donovan, whose proud parents are Kilfeacle based couple Maree and Daragh Donovan.

Little Oscar was born at the Clonmel hospital at 9.27am on Monday, January 4 and weighed 9lbs 11 and a half ounces.

His delighted mother Maree said she and Daragh were thrilled at the birth of their first child, who she reported was thriving.

She said Oscar was the talk of the ward because he was such a fine size.

“He is just here smiling up at me after his bottle,” she told The Nationalist last Thursday shortly before she and Oscar went home from hospital.

She and Daragh were looking forward to bringing Oscar home and getting stuck into their  new roles as parents.

Along with being the first baby born in South Tipperary in 2021, Maree said Oscar is also the first grandchild in both her and Daragh’s families.

Maree is daughter of Sean and Ellen Breen from Dundrum. Sean is The Nationalist's Dundrum correspondent for many years.

Daragh is son of Camille and John Donovan from Ballinalard, Tipperary Town.

Oscar is also the  first great-grandchild for Maree’s grandmother Maureen Breen from Dundrum.

Maree, who is a nurse at Cluain Arann Residential & Community Nursing Unit  in Tipperary Town, paid tribute to the medical staff at South Tipperary General Hospital maternity unit for the great care she and Oscar received there.