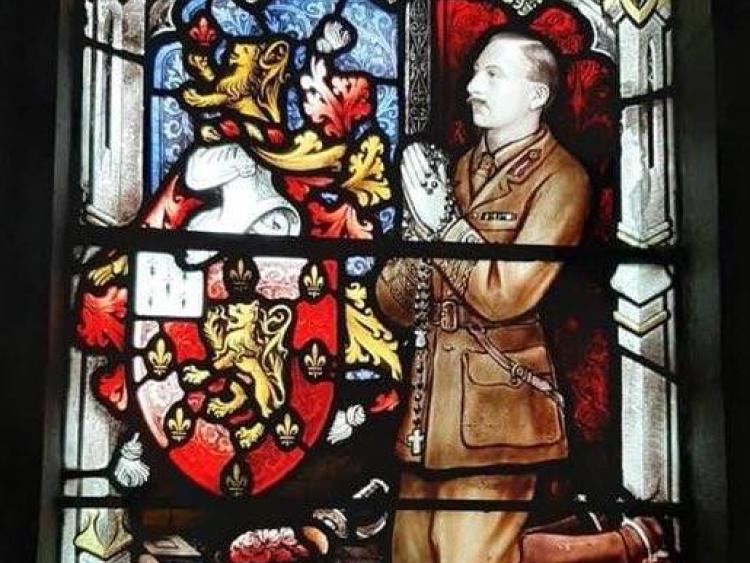 The side chapel in St Michael’s Church, Tipperary Town its stained glass window in memory of John Carlon Markes and his wife Philomena (Ryan) from Tipperary

As many of you will know I have recently published my first book titled ‘Tipperary People of Great Note’.

The book is a fascinating look at 86 men and women of Tipperary heritage, or with Tipperary connections, who left their mark on the national or world stage.

One of the men featured in the book is a Westminster native who came to Tipperary and married a local girl.

I developed an interest in the story because of a stained glass window in St Michael’s Church in Tipperary Town, which is dedicated to this man, Major John Carlon Markes (pictured below). 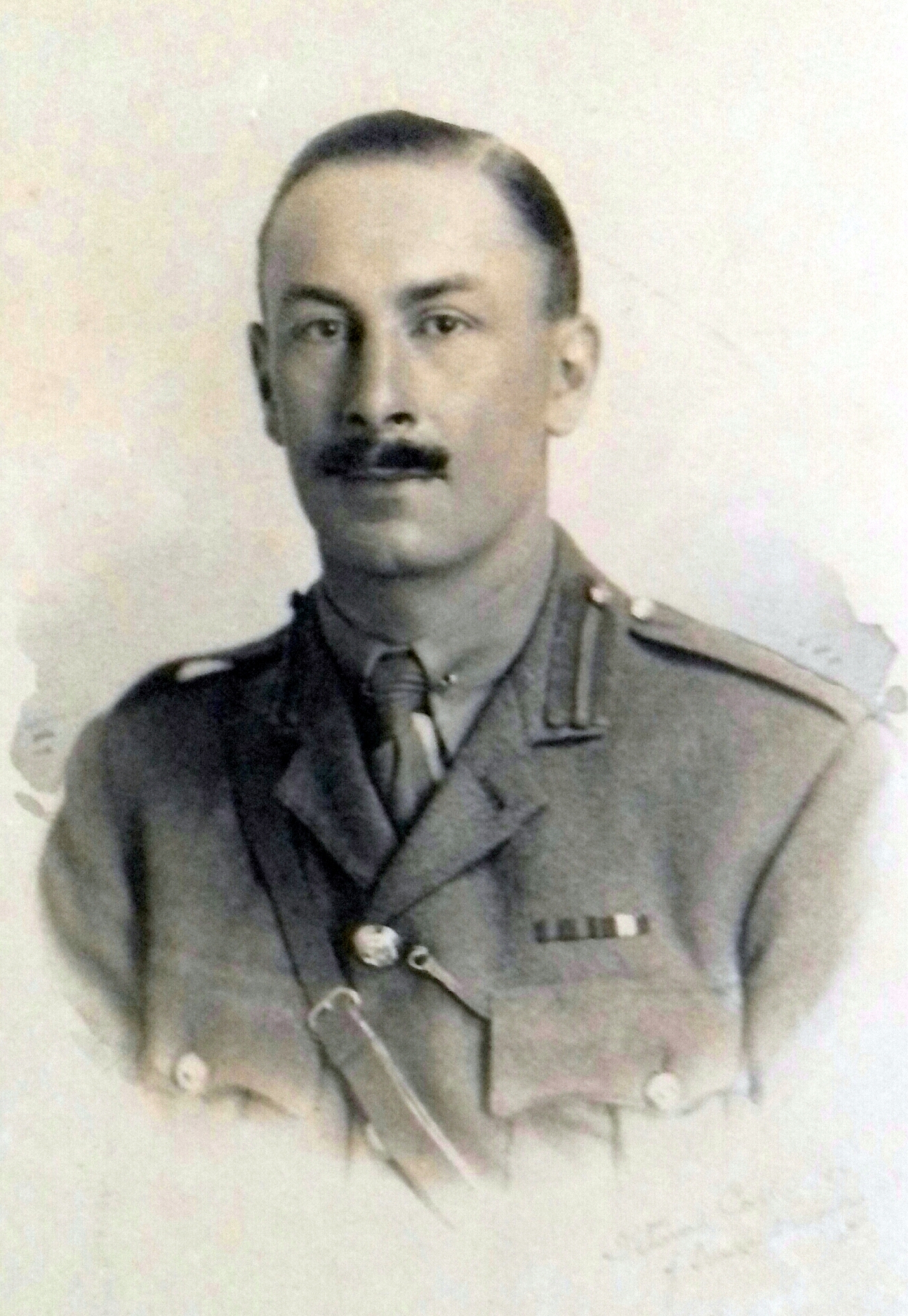 Born in Westminster in 1879, the son of Mr and Mrs. Alfred Markes, John Carlon Markes entered the military and was trained at Sandhurst before joining the Lancashire Fusiliers.

Along the way, he developed into a fine rugby player, captaining his school side (Stratford-on-Avon), representing Surrey whilst at Sandhurst and also playing for Manchester FC.

Prior to World War I, he had served in The South African Campaign and had been mentioned twice in despatches for distinguished service.

In 1905 he transferred to the 5th Battalion, which was stationed in Tipperary, where he stayed for three years, and where he met his future wife Philomena (Ryan). She was a niece of Canon Arthur Ryan, Parish Priest of Tipperary Town from 1903 to 1922.

Canon Ryan was a staunch nationalist, and like many others encouraged by John Redmond, he supported the involvement of Irishmen in the European war which began in 1914, as a way of achieving Home Rule for Ireland afterwards.

John Carlon Markes and Philomena Ryan were married in 1906 in St. Michael’s Church and The Lancashire Fusiliers were in attendance at their wedding.

The Regiment Band played the newlyweds out of the church to the sound of Mendelssohn’s Wedding March.

Afterwards, the 150 guests retired to a garden party at Glenlara, Tipperary.

Later Major Markes was transferred to the 2nd Leinster Regiment and was called to action, first seeing combat at the Aisne in September 1914.

Major Markes was killed during the Delville Wood campaign at the Battle of the Somme in July 1916.
On July 19, whilst attempting to join his men on captured ground, he was pierced from behind and through the chest by a splinter of shrapnel and died instantly.

A doctor was on the spot, but medical aid was useless.

His comrade and former Surrey rugby teammate V.C. Neild wrote; “He just sank back, not making a sound of any kind. He was carried back the same evening, and buried in a small soldiers’ cemetery at the back of our lines”.

Neild at great personal risk had recovered Markes’ body from the advanced position so that he could receive a proper burial. Major Markes who was aged 36 is buried in Carnoy Military Cemetery, in the region of The Somme.

After his death Brigadier-General Sillen wrote to Philomena saying that “he (Markes) was the embodiment of loyalty and honesty and straightness, and I always thought that you and he together were the embodiment of happiness”.

The really fascinating part of this story is that Philomena had given her husband a prayer book to carry with him into battle which included a loving inscription from her to him.

When his belongings that he had carried with him were recovered and returned to his wife, much to her distress the prayer book was missing.

Remarkably however in the late 1990’s a French farmer discovered Major Markes Roman Catholic prayer book while ploughing his land and handed it in to the War Office who returned it to the family. It was the prayer book that he had carried with him into battle.

The remarkable little prayer book which survived for 80 years without significant blemish is surely a testament to the love that they had for each other during their short lives together.

With the consent of Major Markes family I was granted exclusive access to images from the prayer book and I have included these in my book.

For me it was the story coming full circle and the feeling that love does go on despite the passage of time and of loved ones.

If you get the opportunity do call into the side chapel in St. Michael’s Church and remember the life of John Carlon Markes at the stained glass window in his memory and the life of his wife Philomena (Ryan) from Tipperary.

My book “Tipperary People of Great Note” is available from Joe Whelan's in Tipperary Town, O’Connell’s in Bansha, Ryan’s Centra in Cappawhite and from bookshops in Clonmel (The Bookmarket), in Thurles (Bookworm), in Nenagh (The Nenagh Bookshop) and in Limerick (O’Mahony’s).

It is published by Orpen Press and is also available from them at www.orpenpress.com