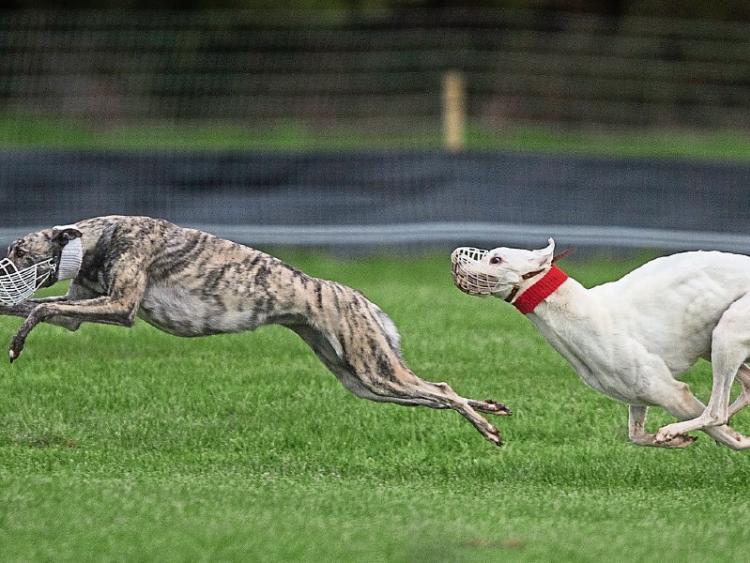 The Irish Coursing Club (ICC)  has failed to secure a High Court injunction that would have allowed coursing to resume during the current Covid-19 restrictions.

In a written judgement delivered on Monday Ms Justice Niamh Hyland said she was not satisfied to grant the ICC an injunction which would have seen coursing resume.

That order would have remained pending the outcome of the final outcome of judicial proceedings brought by the ICC after the Government delisted coursing as a permitted activity during the current level 5 restrictions.

Ms Justice Hyland said in her judgement that she accepted that at least some of the grounds advanced by the ICC were "sufficiently strong."

These including if the Minister for Health Stephen Donnelly was obliged to consult with other Minsters before deciding to exclude coursing from a list of permitted sports.

However, she said the court lacks the jurisdiction to grant what would be a mandatory injunction directing the Minister to allow coursing resume.

The granting of an injunction in this case would be effectively asking the Minister for Health to ignore matters relating to the risk of Covid-19, and act outside his powers, the Judge said.

Even if the court had such a power the balance of convenience, and the risk of injustice dictates that the court should not grant the injunction, the judge added.

The court had put sufficient weight on the severity of the current Covid-19 situation and the need for the current regime to be left "undisturbed" in circumstances where the entire cabinet took a decision that only the sports identified should be permitted to go ahead.

The judge further added that she had to take into account the state's expert medical evidence regarding the risk involved to public health if coursing was allowed resume.

A significant number of people, including two handlers for each dog, as well as stewards and security personnel, are involved in the running of a coursing meeting the court noted.

The court fully accepted evidence that the ICC has made strenuous efforts to be covid-19 compliant in any of its events prior to Christmas.

However, the granting of a mandatory injunction,  "could entail a risk to life. "

Granting the injunction would have allowed 36 coursing meetings go ahead during level 5 with potentially 3,000 people attending, she said.

The court noted the possible financial losses suffering by breeders and trainers due to the cancellation of meetings.

When the risk to public health and life caused by Covid-19 was taken into account the balance of convenience favoured dismissing the injunction application, the Judge concluded.

The ICC brought proceedings over the government decision last month not to include coursing in a list of activities permitted during the current Covid-19 restrictions.

The ICC's challenge against the Minister's decision to delist coursing as a permitted activity will now proceed to a full hearing.

No date has been fixed for that hearing; however, it is unlikely the full hearing to be determined before the end of next month when the coursing season would normally conclude.

The ICC sought the injunction, as part of its action against the Ministers for Health and Housing, Local Government and Heritage, because of the limited time left before the end coursing season ends.

The Ministers, represented by Michael Cush SC and Caren Geoghegan Bl, opposed the injunction application as well as the main action.

it argued that it is "unsafe in the current climate" to allow coursing take place, and the government is fully entitled not to allow the sport go ahead.

It also rejects the ICC's claims that the coursing is being singled out, and is being discriminated against because members of the government are opposed to coursing.

The ICC, represented by Martin Hayden SC, and Eoin O'Shea Bl, claims the Minister's decision to delist coursing as a permitted event was "absolutely lacking in transparency." and discriminated against those involved in coursing.

The ICC says while its activities were de-listed other similar sports, including its sister sport greyhound racing, horse racing and other equine activities, were allowed by the government to proceed.

The ICC also claimed that coursing is being treated unfairly because members of the government, including the Minster for Health Stephen Donnelly wants the sport banned.

Earlier this month the ICC, which regulates hare coursing in Ireland. launched its action against the state's failure to include it in a list of activities allowed to operate during the current Covid19 restrictions.

In its action the ICC seeks various declarations and orders from the court including one setting aside the Minister for Health's decision to delist coursing set out in statutory instrument under the 1947 Health Act.

The ICC says coursing was allowed take place before Christmas, due to its inclusion on a government approved list of permitted sports. When the government announced its latest round of restrictions on Christmas Eve, coursing was delisted.

No reasons were given for coursing's delisting, it claims.

The ICC says its exclusion from the list of permitted sports is flawed, irrational and unreasonable because the Minister for Health delisted coursing without consulting either the Departments of Agriculture and Housing, Local Government and Heritage.

Those departments are responsible for coursing, the ICC claims. It also alleges that the decision to delist it is tainted by a perception of bias because Minister Donnelly had in 2015 voted in favour of legislation banning coursing.

The ICC also alleges that in advance of the delisting decision Minister Donnelly had consulted with Green Party Ministers Eamon Ryan and Catherine Martin, who are also want coursing prohibited.

The claims are denied.