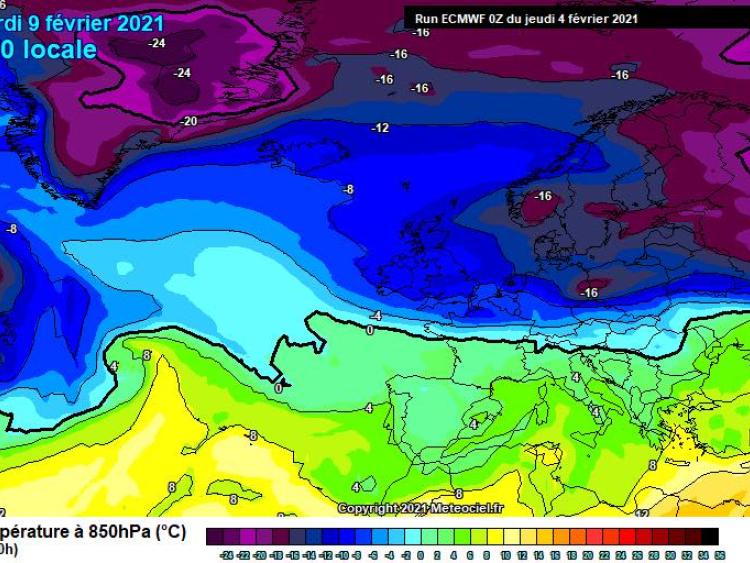 The latest charts show the cold easterly weather arriving as expected on Sunday, according to www.carlowweather.com.

One model shows heavy snow for Wednesday into Thursday for some areas as low system meets cold air.

Forecaster Alan O'Reilly added: "It does however then show temperatures increasing quickly after Thursday."

He said: "Certainly turning very cold from Sunday with snow showers increasing from Sunday night, mainly in the east but could push inland.

"During midweek then is uncertain with a risk of a more organized heavy fall of snow for a time with southern areas mainly at risk. Start preparing for cold from Sunday and stay safe."