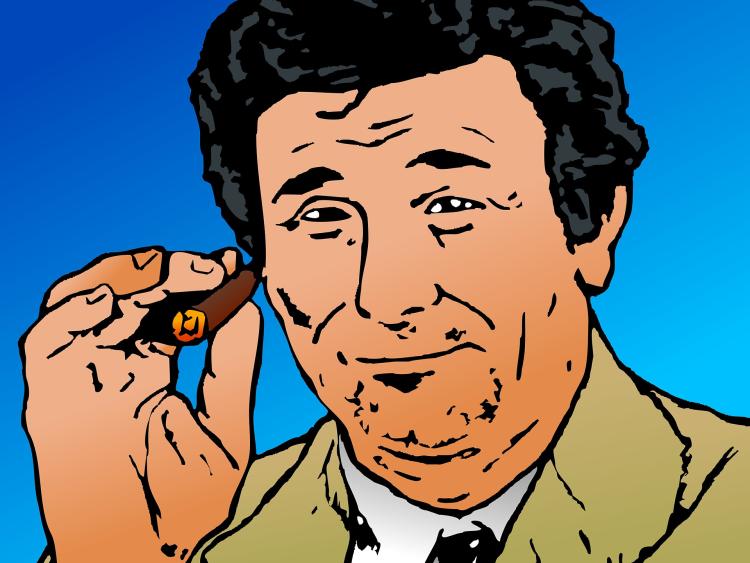 I knew something was up when Columbo began showing up every morning.

I would see him on the garden wall staring longingly towards the kitchen window. As soon as the back door was touched the little furry scrounger would dart across the frost covered garden.

Columbo, named after the one-eyed actor, Peter Falk who you’ll recall played the scruffy detective. You see, Columbo, my visiting stray cat is also devoid of an eye and so the name, kind of stuck.

My infrequent visitor tends to show himself when the temperature takes a dip and so it was no surprise - given the week that is in it - to see him begging for a treat every morning.

Yes, the weather has taken a sharp turn for the worse. At the time of writing the snow has yet to fall but by now we may be under a foot of snow or none, given the inconsistencies in the Irish weather.

When I read the forecasts for south Tipp this week, with a mention of “Beasts” heading our way, my thoughts returned to 2018.

On that illustrious March morning, I recollect noticing a distinctive brightness enveloping the room after I awoke. Investigating further, I headed downstairs, opened the front door and “plop” - a mini avalanche of snow fell into my hallway.

At that point, I realised that this was not a normal weather event. The “Beast” was frightening but short lived, unlike the “Big Snow” which arrived in Clonmel during the winter of 2009-10.

My abiding memory of that awful winter – apart from having no water for eight days, including Christmas Day – was lying in the dark on Stephen’s night listening to the sound of ice (thawing) crashing into my water tank in the loft. Oh, the memories!

At the time of writing things are not so bad, I hope they have stayed that way.

We get the sneaking suspicion that things have slowed down drastically in terms of newsworthy events happening in the south of the county, when a brightly coloured duck makes the front page of our celebrated local newspaper.

Now, I am not in any way prejudiced against my feathered friends, I have on many an occasion enjoyed a honey glazed side order accompanied with a portion of fluffy steamed rice to accompany a relative of the feathered superstar.

I can only wish our local feathery celebrity god speed on his travels and a heartfelt wish that he will avoid the orange sauce, wheresoever his flight path takes him.

Seán Tobin has no need for any plumage to fly his way around an athletics track. Seán’s outstanding accomplishments on the track have done so much to lift the spirits of the people of Tipperary.

We are in deep admiration of Seán for his performances on the European stage and for carrying the flag for Tipperary athletics.

We wish Seán many heartfelt congratulations. I spotted a few dotted here and there around the shops.

When I first saw them, I had to pinch myself. I refer to the Easter Egg of course, which have made a premature appearance on our supermarket shelves.

Only the male of the species would fail to realise that a large red throw with an elf imprinted in the corner is best not left out until July.

So, when I caught a glimpse of rows of chocolate eggs, it reminded me that, yes, Christmas is indeed over for another year.

Clonmel is ticking over at present. We are hoping that the case numbers continue to tumble and that the great efforts of people lead us back on the path to normality.

We are all coming together as a community to stem the tide of the dreaded virus and our efforts are bearing fruit. It will not be long before I’m sitting sipping that coffee – the good stuff not the jar – enjoying catching up with friends.

In the meantime, I’ll keep an eye out for fancy-coloured ducks and a stray moggy named Columbo. Until next time.