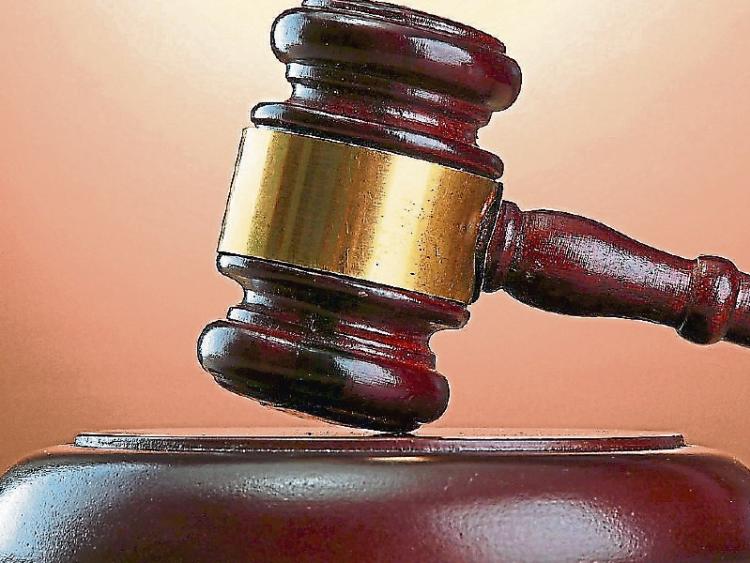 Both men pleaded guilty to committing the robbery, which happened at Dowd’s Lane, Clonmel.

Garda Claire Murphy told the court  gardaí on patrol in the town at 2.05am on this date were flagged down by Patrick Clery who had been robbed by two males.

They took  €90 from his wallet and his left eye was cut, swollen and bleeding.

A description of the two suspects was circulated to gardaí on the beat.

A short time later gardaí saw two males matching the descriptions of the robbers running from them at the Main Guard towards Friary Street and the Quay.

Gavin McGuire and Graham Blanche were arrested and brought to Clonmel Garda Station.

Mr Clery was intoxicated on the night so Garda Murphy  took some notes from him about what happened and took an official injured party statement from him afterwards.

She outlined that Mr Blanche and Mr McGuire made admissions when they were interviewed by gardaí.

Garda Murphy said the victim of the robbery didn’t wish to make a victim impact statement or attend court for the hearing.

He didn’t want any contact with the two defendants but expressed the wish that they would get the help they needed for their substance abuse problems.

In the letter, Mr Blanche said he took full responsibility for his actions and assured Mr Clery nothing like this would happen again.

Ms Gorey said her client gave an undertaking to the court that Mr Clery had nothing to fear from him in the future.

She pointed out that two to three weeks after this incident, Mr Blanche sought help for his drugs addiction and spent a period of time in a residential treatment programme at Cuan Mhuire.

He attended an aftercare programme and continues to attend meetings via Zoom once or twice a week.

Garda Murphy replied “no” when Ms Gorey asked her if he had come to the attention of the gardaí since this incident.

Mr Gorey explained that Mr Blanche has cut his ties with a negative group of peers he hung around with around the time of this offence.

He obtained employment in August last year and has been working hard and successfully undertaken safety courses.

She requested Judge Garavan to impose a suspended jail sentence in view of the considerable steps Mr Blanche has taken to rehabilitate and take the right path.

She added that Mr Blanche was more than willing to pay compensation to Mr Clery.

Gavin McGuire went into the witness box and said he wrote a letter of apology to the victim.

He had brought €300 compensation to the court but was willing to pay more if required.

He said he wanted to stop getting into trouble with the gardaí and was attending counselling at South Tipperary Drugs Outreach Service.

He found this counselling better than attending a treatment centre and was now off drugs three months.

He pointed out the Probation Service wanted him to go back into a treatment centre and he was on a waiting list for this.

He replied “yes” when asked by his barrister Kevin Byrne if he was willing to return to residential treatment.

Mr McGuire also said he started  working as a hospital porter in January. He had lived with his grandparents all his life.

Mr Byrne pointed to his client’s guilty plea, apology for his actions and the fact he said he was now free of drugs.

He noted the probation officer, in his report, wrote about Mr McGuire’s immaturity but turning 20-years-old was a milestone in his life.

Judge Garavan described the robbery as a “cowardly and frightening act” with the motive of getting money for the purpose of more illegality – to acquire more drugs. It was an impulsive act.

He didn’t believe the robbery  was planned but if you were the victim it was not terribly important if the crime was opportunistic or planned.

The judge noted  there was a lot of physical aggression in the robbery though it was not prolonged in anyway.

In mitigation, he concluded the two defendants appeared to be genuinely remorseful. They both wrote letters of apology that showed their regret and insight.

In relation to Mr Blanche, he said he was the older of the two defendants and should have had more sense. However, he had done better than his co-accused in terms of rehabilitation.

He noted Garda Murphy was quite satisfied he had become sober and tried to turn his life around. He also  hadn’t come to adverse garda attention since this incident.

He suspended the two year jail sentence he imposed on Mr Blanche for three years on condition he keep the peace and be of good behaviour, remain under the supervision of the Probation Service for three years after his release and continues to engage with the substance misuse services.

Judge Garavan believed Mr McGuire needed a “larger Sword of Damocles” above his head as he hadn’t engaged as well with the (substance misuse) services.

He postponed sentencing of Mr McGuire for a week to last Wednesday, February 17 for a  urine analysis test to be carried out on the defendant.

The result of the urine test  was produced to the court last Wednesday and showed Mr McGuire was clear of drugs.

In view of this, Judge Garavan imposed a two and a half year jail term, which he suspended   for two and a half years on condition Mr McGuire keep the peace and be of good behaviour, come under the care of the Probation Service and attend addiction services with a view to residential treatment.

The judge  directed that Mr McGuire refrain from consuming all illicit substances and be of sober habits; that he reside at his grandparents’ home and abide by all reasonable house rules and that he continue to work towards achieving training and employment.

Judge Garavan also directed  the compensation order he imposed on both defendants be paid within six months.