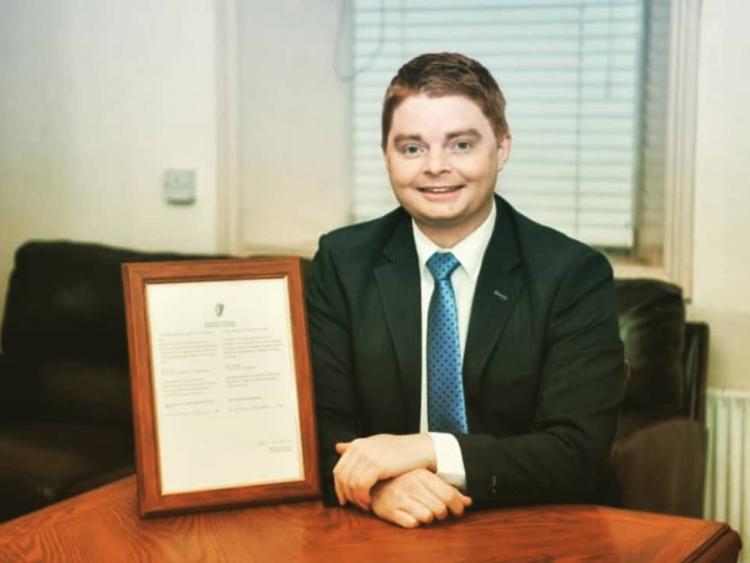 John P O’Heney of Lisduff, Lattin has been appointed as Peace Commissioner for Tipperary and surrounding counties by Minister for Justice Helen McEntee.

John is the eldest son of John O’Heney Snr, formerly of Lisobyhane in Emly and Josephine O’Heney (née O’Grady), formerly of Kilteely Limerick.

John was educated in Mount Bruis NS and then the Abbey in Tipperary Town. He then proceeded to University College Cork and completed a Bachelor of Social Science, which focused on Social Policy, Economics, Law and Statistics.

John then completed a Masters in Education in Mary Immaculate College in Limerick to qualify as a primary school teacher.

He also holds a Diploma in Leadership and Management from LIT Thurles and a Bachelor of Science in Health and Safety from UCC.

John has taught in numerous local schools in west Tipperary, including St John the Baptist Boys in Cashel, Tankerstown NS in Bansha and Donohill NS. For the last few years, John has been based in Scoil Chormaic in Cashel.

In the neighbouring parish of Emly, he is a member of the Emly Variety Players, while in the parish of Bansha & Kilmoyler, John is the current Chairperson of Bansha Celtic FC and was previously the Vice Chairperson of the Bansha Macra Group.

In Cashel, he is the Treasurer of the Cashel Friends of Europe Association. John is also a former Vice Chairperson of the Canon Hayes Recreation Centre in Tipperary Town and has been part of the Diocese of Cashel & Emly Lourdes Pilgrimage on a number of occasions.

Last year he was also elected onto the Board of Directors at the South Tipperary Hospice Movement, where he has been directly involved in co-ordinating large scale fundraising events for them over the last several years.

Outside of his work and his voluntary commitments John has a keen interest in all types of construction work, farming and current affairs.

He also has a huge interest in all types of sports. In his youth he won several county Tipperary Athletic Championship medals in sprinting and also represented Tipperary in athletics at a national level.

He has represented Lattin-Cullen GAA Club at all age groups and was part of the Tipperary Minor and U21 Gaelic football panels.

Speaking on his appointment as Peace Commissioner, John said: “It is a great honour to receive such a role within my local community and I look forward to carrying out my duties to the best of my abilities. I have a love of community work and I hope I can continue to help as many people as possible from this new position.”

If John can ever be of assistance to you or your community in county Tipperary then please contact him through his various social media accounts or on his Peace Commissioner e-mail address: johnpoheneypc@gmail.com