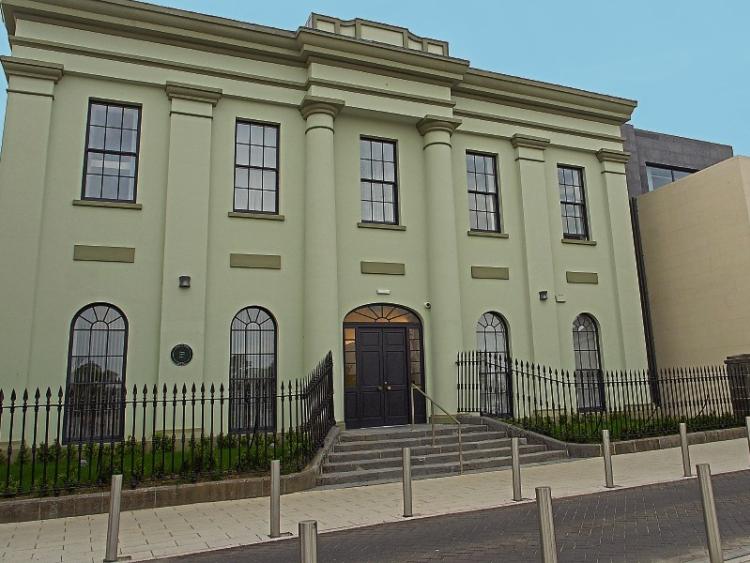 Tipperary County Council is to meet with a number of State bodies in relation to putting in place more flood prevention measures in Carrick-on-Suir in the wake of the latest flooding scares in the town.

The council plans to arrange individual meetings with the OPW, Irish Water and Transport Infrastructure Ireland in response to political pressure from a Carrick-on-Suir councillor at the monthly meeting of Carrick-on-Suir Municipal District last Thursday.

Cllr Kieran Bourke called on Carrick-on-Suir MD’s new Director of Services Brian Beck to organise a meeting between  Tipperary County Council and representatives of these three agencies in view of flooding issues that arose in the town due to the heavy rainfalls over the past two weeks.

He said the purpose of the meeting would be to put in place the necessary measures to prevent flooding in his hometown.

Cllr Bourke told The Nationalist the heavy rains resulted in some flooding on the N24 close to Davin Park  while Cllr Dunne informed  the council meeting he witnessed a surcharge of water at nearby Markievicz Terrace.

It also emerged at the Municipal District meeting that the run off of water from land along the Ballyrichard Road following the heavy rains overloaded the foul water system in the area. A flooding incident was prevented when a pump was put in place by the council that cleared  manholes and gullies. Residents in Collins Park housing estate  were unable to flush their toilets during the crisis.

Cllr Dunne said there would have been a very serious sewage problem in Collins Park only for the intervention of the council’s staff.

“If we had to wait for Irish Water, we would have had many houses destroyed. The boys on the ground were outstanding.”

The N24 and Markievicz Terrace, meanwhile,  were among the main areas affected by the  significant flooding that engulfed Carrick-on-Suir in late December 2016.

The flood  occurred after a period of very heavy rainfall that prompted a massive run off of water, which overwhelmed the local drainage system. The river didn’t overflow and breach the town’s flood walls on that occasion.

There have been calls from the two Carrick-on-Suir councillors ever since this flood for investment in upgrading the town’s water pumps. Cllrs Bourke and Dunne  have repeatedly criticised the OPW flood report on the 2016 flooding of Carrick as they believe it didn’t properly address the inadequacy of the town’s water pumps and their role in causing the flooding.

Carrick-on-Suir MD engineer Willie Corby told The Nationalist the council will meet with the OPW, Irish Water and Transport Infrastructure Ireland in relation to flood prevention measures for the town. The council considered it more beneficial to arrange  individual meetings with each agency rather than one round table meeting with them altogether.

In relation to the N24 flooding, he said there were about three flood incidents on the N24 near Davin Park in the past two weeks and all only lasted a short period. They were caused by a surcharge of water when the main drainage system became overloaded due to the quantity of rain that fell.

Mr Corby said when  road upgrade works are being carried along this stretch of the N24 later this year, the council will endeavour to get Irish Water to put in place measures such as extra gullies and better water pumping facilities to prevent future floods on the road.

He said the council is also seeking to get Irish Water to make the switching on of the additional water pumping  on this section of the N24 automatic rather than manual. A pump that switches on automatically  is  important in the event of a flooding incident happening in the middle of the night.

In relation to Collins Park, Mr Corby echoed Cllr Dunne’s praise of the work of the council’s staff in solving the recent crisis at this housing estate.

He said Irish Water was currently looking into the problem in that area.