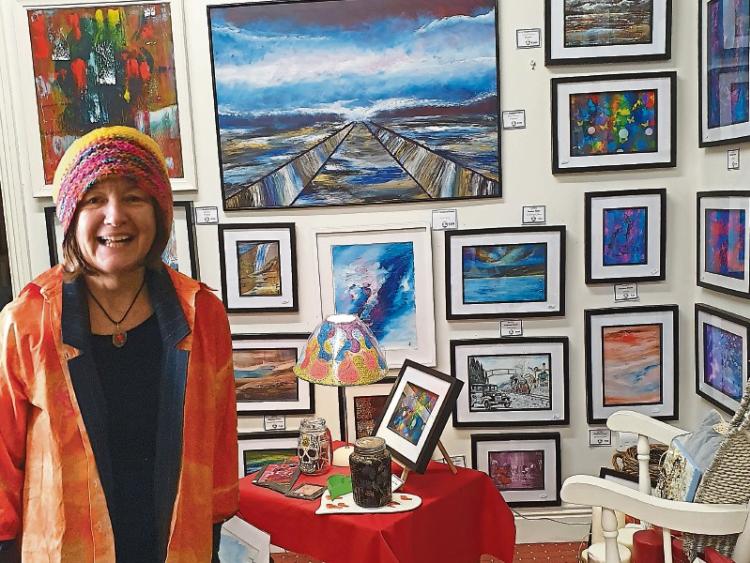 Tudor Artisan Hub founder and owner Linda Fahy works tirelessly to promote the arts and artists in the Carrick-on-Suir area and marked International Women’s Day by re-streaming online a show celebrating the talents of local women artists, musicians and writers.

The show, Through Her Eyes, featured music, drama, ballet and literature recital performances from 17 women and a visual art exhibition by local women artists.

It was staged at Brewery Lane Theatre in Carrick-on-Suir for International Women’s Day last year and is a shining example of how the Tudor Artisan Hub enriches and supports the arts community of the Suir Valley region.

Through her Eyes, which was also a Tudor Artisan Hub fundraiser, was one of the last public events in Carrick-on-Suir before the Covid-19 pandemic hit.

Linda remembers the show as an “uplifting, beautiful celebration of women in the arts” and it was fortunately recorded.

She re-streamed the Through Your Eyes show online on  the Tudor Artisan Hub’s Facebook page on Monday to mark this year’s International Women’s Day as the continued pandemic restrictions mean it’s not possible to host any new public celebrations for the occasion this year.

Linda is a native of Dungarvan, who moved to Carrick in 2007 after falling in love with the town from her visits there to her primary school teacher sister, Una, while home from Boston where she emigrated in 1989 after graduating with a Masters in Science from UCD.

On moving to Carrick, she quickly immersed herself in the town’s arts scene. She became involved in Brewery Lane Theatre & Arts Centre and helped manage and develop the Clancy Brothers Music & Arts Festival, particularly its popular arts exhibition trail.

The business developed out of her involvement in the Carrick-on-Suir New Entrepreneur 2013 programme.

The hub acts as an exhibition showcase and shop window for the work of more than 100 visual artists, photographers, writers, crafts people and musicians as well as being the Clancy Brothers’ Festival headquarters.

But the Hub is much more than an exhibition space and shop, it’s also the nerve centre where many local arts projects and events are developed and staged ranging from films and art exhibitions to concerts, workshops, CD, book, and festival launches.

Over the past year, Linda and Margaret O’Brien with the Hub’s artists and Writing Changes Lives writers completed the In Ár gCroithe Go Deo public art project, which honours the lives of 22 people who passed away in the Carrick-on-Suir area during the isolation of the first Covid-19 lockdown between March and June last year.

Linda is currently immersed in rolling out the Hub’s next major project, the creation of a radio drama inspired by the voices of residents living in three Tipperary nursing homes.