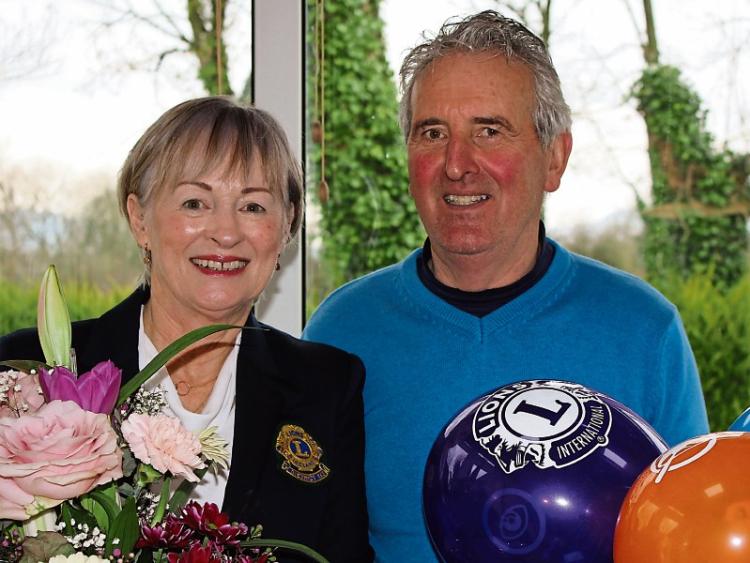 Carrick-on-Suir Lions Club member Ann Ellis was elected as the organisation’s next district governor for Ireland last weekend and will begin her new role in July.

Ann was elected district governor for Lions District 133, which covers the island of Ireland, at the national Lions Club virtual convention attended by more than  250 delegates.

Carrick-on-Suir Lions Club said Ann’s election was a great honour for the 52- year-old club and its members are all so proud of Ann and her achievements to date.

“The club’s members wish Ann every success in her journey as district governor and will support her all the way,” said a club spokesperson.

The 2021 Lions Club Ireland Convention was originally to be hosted by Galway Lions Club and held in Galway but that was not possible due to Covid-19 restrictions.  The convention was run virtually on Zoom and was a great success. Carrick Lions Club paid tribute to current district governor Des Ryan and his team for hosting such a great event in  challenging times.

Following the convention, Carrick-on-Suir Lions Club president Brian White, secretary and zone chairperson Stephanie Keating, past president John McNamara and PRO Maria Madden went to Ann’s house and presented her with flowers, bubbly, cupcakes and a card in her garden and enjoyed a short  celebration while abiding by social distancing and wearing masks. Ann believes  Lions Club members have the ability to positively impact their local communities by giving their  time, energy and skills to serve with kindness and empathy.  Never has this need been greater than during these challenging, uncertain times.

She has been a Lions Club member since 2005 and previously served as club PRO, secretary and president, and acted as Zone/South East chairperson for two years.

She has dedicated her service to youth development, membership growth and leadership, local environmental projects and was instrumental in initiating the establishment of the Carrick-on-Suir Men’s Shed in 2017.

She   remains dedicated to Carrick Lions Club’s activities, particularly in respect of its environmental project, which Ann hopes to promote and support with other clubs in the future.