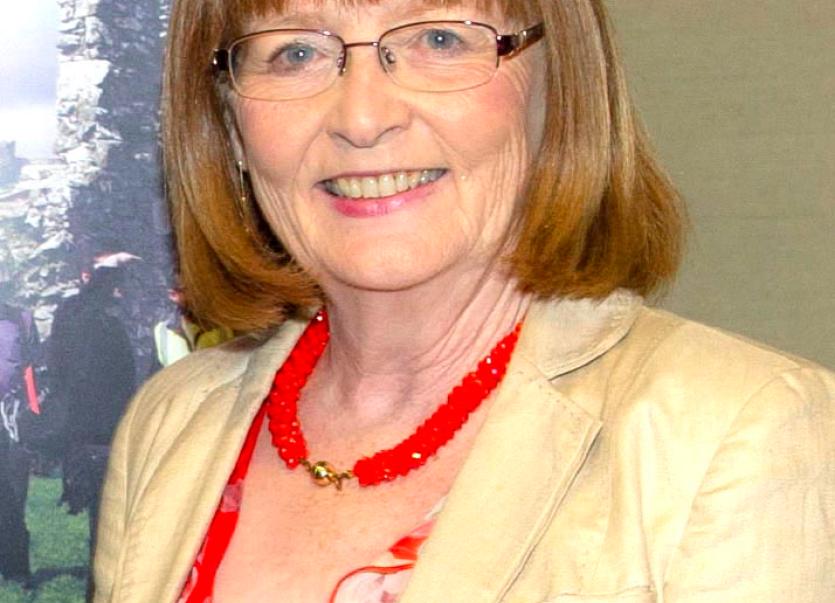 Congratulations to local writer Mary Hanrahan (pictured above) whose short story, Coming Home, was one of ten chosen for inclusion in the Power of Words Festival’s Short Story Competition.

The Power of Words Festival based in Abbeyleix, Laois is one of Ireland’s newer writing festivals. The Festival committee invited the renowned crime writer, Andrea Carter, to judge the competition which attracted a large number of entries.

She is the author of the Inishowen Mysteries series which will shortly be adapted for television.

Mary Hanrahan’s story, Coming Home, is based on a single incident that gives an insight into the experience of the returned Irish emigrant, the sense of belonging counterbalanced by the perspective gained from living elsewhere and the subsequent question of identity.

In her critique, Ms Carter said the story, “moves seamlessly from light to dark so that the ominous tone, when it arrives, is a shock. The atmosphere of rural Ireland in the seventies is beautifully conveyed”.

The Power of Words inaugural Anthology of Short Stories will be published by Hilliard Press, Tennessee, USA who also have a long-standing connection to Abbeyleix.

It will be launched at this year’s Festival which is scheduled to take place over the weekend August 20-22, 2021.

The winning writers will be invited to read their stories at the launch.