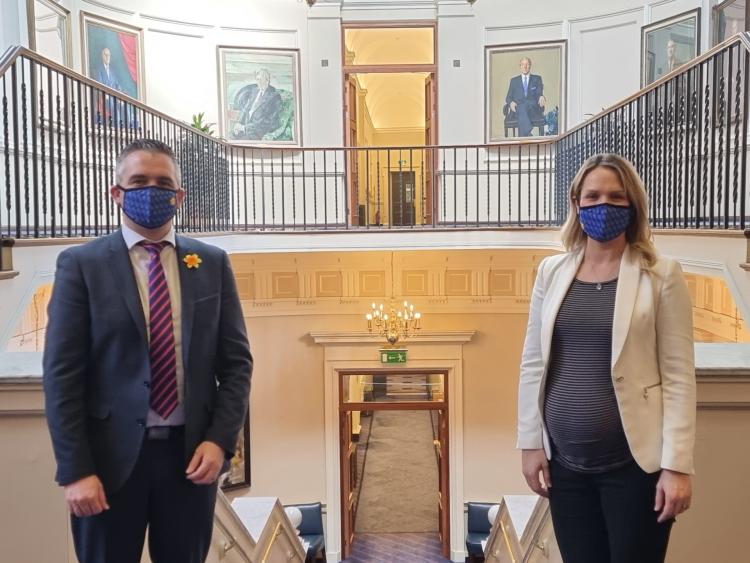 Minister for Justice Helen McEntee has indicated that Clonmel Garda Station will be included as part of the Capital Programme following Part 9 planning approval being granted for the new building last week.

Minister McEntee, responding to questions in the Seanad from Senator Garret Ahearn, said: “The garda station in Clonmel is one of the projects where the commitment is very clear.

“The fact is that planning has been granted and the next stages will progress in terms of funding. While this project was not included within the current Capital Programme, because of the commitment at a Government level and within An Garda Síochána, as we develop the new capital plan which will begin next year, it will be very much part of that. I am confident that given the progress that has been made and the clear commitment from the Government, my Department and the Commissioner, this project will progress as planned.”

Fine Gael’s Senator Ahearn said: “Clonmel Garda Station has 107 staff, including civilian staff, headed up by Superintendent Willie Leahy. They do incredible work and they focus heavily on community involvement and community work.

“The building where gardaí have been based throughout this time is no longer fit for purpose, certainly not for a new, modern garda division.”

It will have parking spaces at the back, a separate entrance for gardaí and an entrance from the civic plaza.

Minister McEntee said: “I am pleased to confirm that planning permission has been agreed for the site of the new station in Clonmel.

“This is a significant positive step in the overall progress of the project.

“I am also informed a working group is advancing the PPP process in its totality, including this garda station.

“The Commissioner (Drew Harris) and I are very keen to see the new station developed as quickly as possible.”

Senator Ahearn said: “I thank the Minister for her commitment to the garda station, in particular that it will be part of the capital plan next year. That is really important.

“Like every project it is not until people see the diggers and something happening on the ground that they fully believe it will go ahead. There is excitement among the staff.

“The work they do is phenomenal.

“They believe that if the station is built it will bring new life into the workforce and also into the community.”

Minister McEntee added: “It is extremely important that we provide the resources and capital infrastructure for An Garda Síochána to do its work. I am particularly pleased to note the increase in garda resources in Tipperary in recent years. There are now 411 gardaí assigned to that division, which represents an increase of 16% since 2015 when there were 354. They are also supported by 84 civilian staff, which represents an increase of 162% since 2015.”