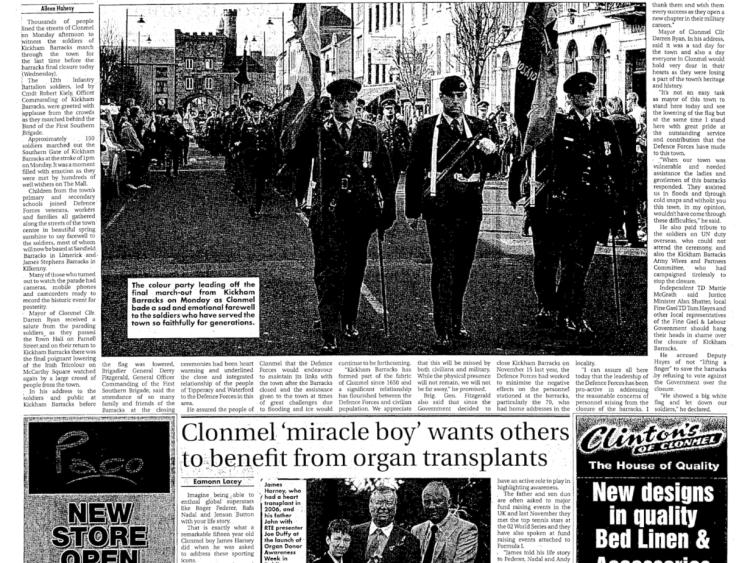 Thousands of people lined the streets of Clonmel on the previous Monday to witness the soldiers of Kickham Barracks march through the town for the last time before the barracks finally closed that Wednesday.

The 12th Infantry Battalion soldiers, led by Cmdt Robert Kiely, Officer Commanding of Kickham Barracks, were greeted with applause from the crowds as they marched behind the Band of the First Southern Brigade.

Approximately 150 soldiers marched out the Southern Gate of Kickham Barracks at the stroke of lpm on the Monday, it was a moment filled with emotion as they were met by hundreds of well-wishers on The Mall.

Children from the town’s primary and secondary schools joined Defence Forces veterans, workers and families all gathered along the streets of the town centre in beautiful spring sunshine to say farewell to the soldiers - all of whom were being relocated to a new barracks.