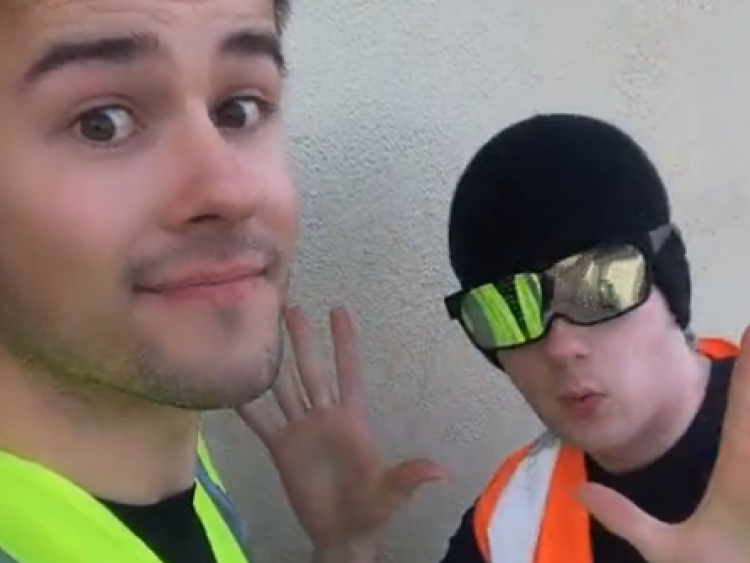 Since early March, Beat 102-103 had been calling for content creators from across the South East to raise road safety awareness by creating fun, informative and eye-catching TikToks.

Dayl and Scott Cronin shot their quirky viral take on the Safe Cross Code at their Clonmel home, which encourages the wearing of safety belts, crossing the road safely, and observing pedestrians whilst driving — all with a little help from a cat and a wheelie bin!

The brothers’ witty and informative entry was unanimously selected by Beat’s panel of experts, who were tasked with narrowing the entries down to six finalists and a single winner.

Given the quality of the duo’s TikTok, it comes as no surprise that Dayl has plenty of experience in front of the camera.

Having risen to fame as a member of Louis Walsh’s now-defunct boyband Hometown, the vocalist has since become a household name thanks to appearances on RTÉ’s Dancing With The Stars and Virgin Media’s The Six O’Clock Show.

Speaking to Niall & Vinny on Beat Breakfast on Friday March 23, Dayl said his mother was the driving force behind encouraging him to enter: “She’s obsessed with TikTok and said we should give it a go - I just said it to Scott as we’ve been doing TikToks together for a while now; it’s a great initiative so we had to give it a go! Mam and Dad aren’t the best camera workers, but they did good in the end!”

While the lads knew that shooting the TikTok would provide plenty of laughs, they never foresaw such a huge reaction on social media. “We couldn’t get over it,” said Dayl. “Within 24 hours the video had 25,000 views!”

Following Niall & Vinny’s winner reveal, a shocked Dayl said that the prize money would be split between him and his brother Scott, with the cash injection going towards car insurance and providing some welcome relief for the singer who has been out of work due to the ongoing Covid pandemic.