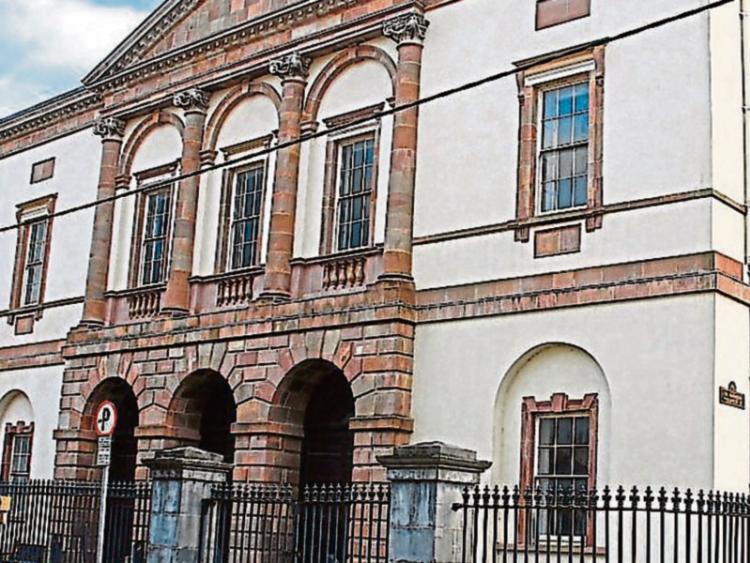 A man suffered a broken nose when he was attacked and robbed of his wallet and mobile phone late at night in Clonmel town centre as he walked home, Clonmel Circuit Court was told during the sentencing hearing of the two men who committed the robbery.

Dylan Brew, aged 27 from 46 Ravenswood, Carrick-on-Suir and Paul Mullins, aged 31, from 11 Elm Park, Clonmel were sentenced to three years’ imprisonment with the final year suspended  for the robbery of Karl Byrne at O’Connell Street, Clonmel on February 13 last year.

In the case of Mr Brew, the sentence  is to run consecutive to a 12 month jail term he received at the same court sitting for robbing a woman in Carrick-on-Suir on August 8, 2019. That  12 month sentence was backdated to commence from February 14 last year when Mr Brew and Mr Mullins first went into custody.

And Judge Eugene O’Kelly activated 18 months  of a four year suspended portion of an  11 year jail term he was under when he committed the robbery.  Its commencement was backdated to February 14 last year.

Outlining the evidence, Garda Claire Murphy said she was the garda in charge at Clonmel Garda Station at 1.15am on February 13, 2020 when a man with blood on his face arrived into the station.

The injured man, Karl Byrne, stated he had been assaulted and robbed on O’Connell Street. His wallet containing two €50 notes and his mobile phone were stolen. The two culprits   fled down a side lane towards the quay. He was walking from Baker’s Pub (on Parnell Street) when the two men shouted over at him looking for cigarettes.

He walked towards O’Connell Street. He was texting his sister when he was set upon. He saw a shadow come up behind him and was pushed. He was then headbutted or punched in the face and his  nose was broken.

CCTV footage of O’Connell Street showing part of the incident was shown to the court.

Garda Murphy said she called an ambulance as Mr Byrne needed immediate medical assistance. She sent out a description of the two  men who committed the robbery to gardaí on duty in the town.

A short time later Garda Jones informed her two intoxicated males were seen on the quay and one had blood on his hands.  Garda Darren Jones arrested Paul Mullins at 1.30am. Mr Mullins had a €50 note stained with fresh blood and an Huawei mobile phone. The access code Mr Byrne gave gardaí successfully unlocked the phone.

When he was being interviewed by gardaí, Mr Mullins stated he had been breaking up a fight but could give no proper reason why he had a blood stained €50 note and Mr Byrne’s phone.

Sgt Phil Dee later arrested Dylan Brew on Parnell Street and brought him to Clonmel Garda Station. Pepper spray had to be deployed on him as he was aggressive. While he was being processed at the garda station, a soiled €50 note was found on him and blood was observed on his clothing.

Responding to questions from defence counsel, Garda Murphy agreed Mr Brew was the first person to approach Mr Byrne and it was he who assaulted Mr Byrne.  She agreed that while Mr Brew was initially aggressive to gardaí when they approached him that night, he was compliant at the garda station.

Garda Murphy agreed that Mr Byrne was on the ground when Mr Mullins arrived at the scene and the injuries Mr Byrne suffered were caused by Mr Brew.

Sara Phelan SC for Mr Mullins read an extract from the book of evidence outlining how one of the defendants said to the other during the incident to leave the injured party alone.  Garda Murphy agreed these words were said by Mr Mullins.

Garda Murphy read Karl Byrne’s victim impact statement to the court, which detailed how he suffered bruises and cuts to his face as well as a broken nose. He was worried his elderly parents would be targeted because of this incident. They, in turn, were worried about his safety and made him take taxis everywhere.

The victim impact statement also described how Mr Byrne   no longer felt safe on the streets on his own. As a result of this incident, he took precautions he never would have taken before. Mr Byrne said he didn’t accept the defendants’ apologies because of the impact the robbery had on his life and on his family.  Garda Murphy also told the court Paul Mullins caused €240 worth of damage to a mattress in the garda station cell while in garda custody. He   ripped the blue cover of the mattress off, urinated on the mattress and the blanket provided to him.

She said Mr Mullins had 27 previous convictions, the most serious of which was an 11 year sentence imposed in 2013 for assault causing serious harm to another person.  The final four years of that sentence were suspended and he was released from prison in May,  2019.

Dylan Brew’s two previous convictions were for drugs possession and possessing drugs for sale or supply to others and were imposed at Clonmel District Court in November 2019.

Mr Brew’s  and Mr Mullins’ senior counsel told the court their clients gave undertakings that Mr Byrne had nothing to fear from them in the future. They said both their clients were intoxicated that night and had written letters of apology to Mr Byrne. Both senior counsel also urged Judge O’Kelly to suspend a portion of the jail sentence he imposed on Mr Brew and Mr Mullins.

Colman Cody SC for Mr Brew said his client’s life was in “free fall and chaotic” at that time. His criminal offending was caused by his significant addiction to alcohol, which could be traced back to the trauma he suffered at the age of 16 when his father took his own life. It was Mr Brew who found his father’s body.

His life took a downward spiral since his father’s death and he had deep seated mental health and psychological issues. Mr Cody also described how more recent personal tragedies triggered his criminal offending.

The barrister  had gathered €1,500 compensation for Mr Byrne.

Mr Cody submitted that Mr Brew was a decent and easy person to deal with when he was sober.

The senior counsel argued that his client was the more co-operative of the two defendants during the Garda investigation. While he initially couldn’t remember the incident, he accepted his involvement when he was shown the CCTV footage and expressed shock.

Mr Cody also detailed how Mr Brew has made “strenuous” efforts to rehabilitate while in custody in Limerick Prison over the past year. He was engaging with psychological services, attending regular counselling sessions for his addiction  and embarking on an Alternative to Violence course. He was very anxious to attend residential treatment for his addiction and there was an offer of employment available to him when he left prison.

Sara Phelan SC for Mr Mullins explained it was his sister’s anniversary and he had not been long out of prison. He went into a downward spiral ending up in committing these offences.

She argued the fact that her client told Mr Brew to leave the injured party alone during the incident showed he tried to bring an end to the assault.

Ms Phelan said her client wished to apologise to Mr Byrne, the court and gardaí. He wrote a letter to the gardaí as well as Mr Byrne  that he was “horrified” by his behaviour that night.

Ms Phelan outlined her client’s  father was absent from the family when he was growing up  and his mother died by suicide when he was eight-years-old.  He turned to alcohol and drugs to cope with his difficult circumstances. He started taking cannabis at the age of 10 and by the age of 15 he was taking stronger drugs. He left school following the Junior Cert and hasn’t been in any active employment.

She  presented a prison governor’s report to Judge O’Kelly showing that since going into custody last February, Mr Mullins   had attended addiction counselling and courses, worked in the prison laundry and secured “enhanced regime” status.

She appealed to Judge O’Kelly to take into account that her client didn’t commit the assault during the robbery; that there was no evidence the robbery was premeditated and a weapon wasn’t used. Ms Phelan  believed Mr Mullins  had at last learned the error of his ways.

As he sentenced Dylan Brew, Judge O’Kelly said this was an unprovoked attack on the victim who was taken by surprise. The robbery had a significant psychological impact on Mr Byrne in addition to the physical impact he suffered.

The judge noted he had to look at Mr Brew’s culpability in light of his personal circumstances including the trauma of his father’s death that led to his chronic addiction.

He suspended the final year of the three year jail  sentence he imposed for the robbery for a period of three years in view of Mr Brew’s efforts to  rehabilitate while in prison on condition his behaviour was  good for three years after his release. During that time, he stipulated that Mr Brew remain under the supervision of the Probation Service, undertake a residential alcohol and drug addiction treatment course, attend mental health services and engage with employment/training supports.

Turning to Mr Mullins, the judge said while he didn’t inflict the injury on Mr Byrne, he was  involved in this robbery which left the victim feeling unsafe on the streets. An aggravating factor in his case was his previous convictions and the fact he was under the terms of a  four year suspended portion of an 11 year jail sentence when he committed this offence.

He noted when Mr Mullins  committed this robbery, he was in breach of  a  condition of that suspended sentence, which was to abstain from alcohol and drugs.

He suspended the final year of the three year sentence he imposed for the robbery in view of the mitigating factors outlined by Ms Phelan on condition he   behaved and remained under the supervision of the Probation Service for three years following his release.

The judge described the damage Mr Mullins caused to the garda cell bed mattress  as a “deliberate and disgusting act” as he imposed the nine month concurrent prison sentence for that offence.