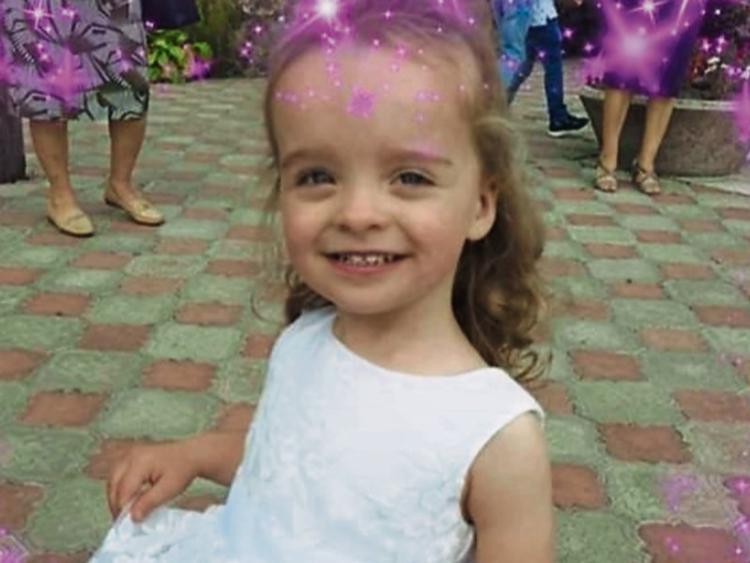 Three-year-old Sophia Melnychuk, who died tragically in an accident near her home in Carrick-on-Suir on Tuesday afternoon

A GoFundMe page has been set up to support the family of the 3-year-old girl, who died tragically in an accident involving a bus in Carrick-on-Suir on Tuesday afternoon.

The little girl, named locally as Sophia Melynchuk, was playing near her home at Castle Heights, Carrickbeg, Carrick-on-Suir around 4pm yesterday (Tuesday) after she was struck and fatally injured by a bus. She was pronounced dead a short time later and her body was removed to South Tipperary General Hospital.

The tragedy has deeply shocked and saddened the people of Carrick-on-Suir.

Lee Murphy, whose family are friends of the deceased’s girl’s family, has set up the GoFundMe page called Sofia’s Farewell today (Wednesday) and by 7.30pm it had already attracted more than €30,800 in donations.

In his introduction to the GoFundme page, Lee said their family friends Andre, Maria, Maxsum and Denis lost their beautiful little daughter and sister Sophia Melnychuk, who was only 3-years-old in a tragic accident.

“We have been close friends with this family a long time and want to support them anyway we can and as best we can.

“We have set up this GoFundMe page to support the family financially to help with Sophia's funeral and other costs.”

Mr Murphy concluded by saying the tragedy had shocked the town and all the people of Carrick-on-Suir and he hoped everyone would support “this beautiful family through this heartbreaking time”. The link for Sophia’s Farewell GoFundMe page is: https://ie.gofundme.com/f/sophias-farewell