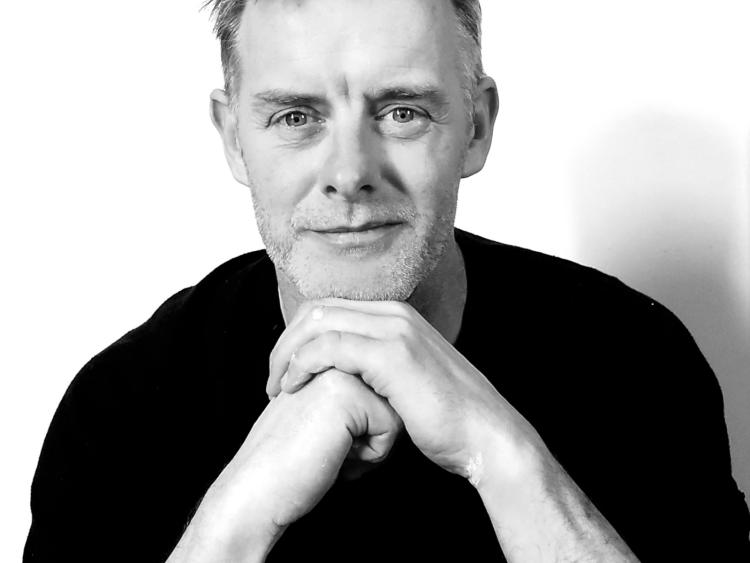 This is a long one. It’s a harder read than many but if you do I think you’ll get something from it...

I once found myself at the end of my tether.

I had run out of every possible shred of energy and resolve and had nothing left to give. It was a Tuesday in May.

For me it was the culmination of losing so much and not being able to talk about how I felt because of shame, guilt and fear of being somehow judged.

In the previous couple of years I had lost two family members, my best friend from my teens and the relationship I had hoped would last forever.

I had also moved house which was exhausting in itself and found myself confronting some old demons that began screaming loudly mostly because I was exhausted and couldn’t manage to prevent them on this occasion.

Those demons from my childhood are ever-present in my life but I had mostly silenced or quieted them to background noise.

I just wanted the noise in my head, the desolate loneliness and the pain of feeling unlovable and worthless to go away.

I needed help and couldn’t manage to reach out to get any.

It was only through a final last ditch message to family that someone realised how bad things were and came, quite literally, to the rescue and in doing so changed the course of my life forever.

I could finally open up about everything and found that by doing so I could accept and heal the past, though it was torturous, it quite simply had to be done.

I looked at my life up to that point and said “Is this it? Is this how you’d want to be remembered if it all stopped today?” I told myself “You have to make a choice to change, here, now, today. You have to accept that even though you feel suicidal that in actuality, you want to live with every fibre of your being. It’s not suicide or an end to life that you are searching for, but an end to the life you’re living. How do I change? What do I change?” These were the thoughts running riot in my mind as I tried to quieten life.

When I was confronted with the life I had led and the energy I had used pretending everything was perfect when in fact my life was a pretense and I was simply falling apart inside, I had to honestly begin to rebuild it into something better, simpler and honest.

I had to finally stop carrying childhood and teen horrors that haunted me. I had to stop living life as a front to the turmoil I felt everyday.

I had to learn a new way and so I started actually putting into practice all the things I had ever learned about letting go and being here today, not living in the regret of the past or fearing the future.

Why on earth am I sharing this with you? It’s because these days we encourage men to talk about their feelings, to release the pent-up pressure of roiling emotions, and in so doing protect and promote men’s mental health but it has struck me lately that when they do, we don’t know how to respond. We don’t know how to listen.

We need tools and education to hear what these men are saying, to understand their turmoil or pain or trauma.

I want to share with you the insight of what it feels like to be a man in pain; who couldn’t find how to let it out until it was almost too late and hope that by sharing it may help others before it is too late.

If a man opens up to you it’s more likely to be a pressure release than asking you to fix the problem.

Sit with him, afford him the space to get it out, cry with him if that’s what needs to happen, ask questions that help you understand rather than those you might want to.

If he’s considered or has maybe tried to end his life, questions such as “think of your family. What would they do without you?” aren’t actually as helpful as you might wish them to be.

He’s been thinking of his family all the way along but his pain is such that it pervades every waking moment until everything he sees is coloured by it.

He sees himself as a burden, one his family would be better off without.

Think of the pain as a noise. All the other feelings, thoughts and anything anyone may say are being drowned out. Some days it is background noise, irritating and colouring even the best days with static. Other days it roars and nothing can be heard only its wail.

At that point you might think he’s out of his mind but it’s quite the opposite really. He’s in his mind, totally immersed in his mind and his thoughts circle like debris in a tornado. His mind is his prison and it is a torture chamber of guilt, failure and self-loathing.

This is why he feels like the only way out is to quiet his mind irrevocably.

He has thought about family, about their suffering after he’s done. He knows they’ll suffer but they’ll have each other and he’ll be at peace, or at least have escaped whatever demon is lacerating his soul.

Before this he needs your presence, needs to be able to talk knowing you won’t try to fix anything, that you’ll just sit and hear his soul tear apart and wait til it gets strong enough to heal. It will heal more easily if he is able to let out all the noise because the noise is finite.

While this is happening, remind him he is loved, he is valued, he is essential and needed.

He may feel alone, lost and drowning. Be both a lifeline through simple physical contact, a beacon through willingness to hear and comfort and a confidante to share his burden.

Help him see that in reaching out and talking that he is never alone.
I have been both of the people in this narrative.

You can’t fix his broken spirit. You can only let him know you are a refuge and will be present when it breaks and give the support he asks for or needs.

Let him know that reaching out takes the same energy as lashing out.

Let him know that you see he is in pain. You are unable to fix his pain but you will always journey with him when he can’t face it alone anymore.

More often than not he feels disconnected, forgotten and irrelevant.

He may also feel alienated from the rest of the world simply because he can’t fully feel anything because the noise is always in the way.

You may not understand this if you know he has a family, a job, a home, a future.

Those things are there, he just can’t feel them because the pain in him is so overwhelming that it smothers everything else.
He looks to quiet his mind, often through drinking to oblivion, everything else fades but the noise of the pain is still there.

That’s when a man may do the unthinkable.

Because there is only him and the pain, this is when he needs the anchor in the storm. We have to educate ourselves on how to listen, how to empathise, how to support and how to do it all in a manner that remembers that he “is” thinking clearly, often too clearly, yet that in his clarity he’s looking at everything in a poisoned mirror.

Make time to talk to your family members regularly about how they are feeling.

Let them know that when they feel pressure they “must” release it in time or it will poison their thinking.

Let them know that it takes a strong man to admit he’s breaking.

It’s just that no one is strong enough to get through life alone.

That’s what your family is for and family is anyone who’s there when you are in need.

Yes I am this man. Yes I have sat with this man. Without family I wouldn’t be here. Me being someone’s family means that they are still here.

Without my loved ones understanding and support I’d be lost and in equal measure I try to support others.

We’re all family if we want to be. Sharing all I’ve learned, teaching from what I learned from my experiences and finally making peace with myself all came about through learning Acceptance, through learning that we are never alone unless we choose to see ourselves that way.

We are all one, all one family, one tribe, one energy.

To be happy we have to choose life, a life that lets us let go of the things that need to be and that sees clearly what choices and changes we must make to achieve peace in our souls.