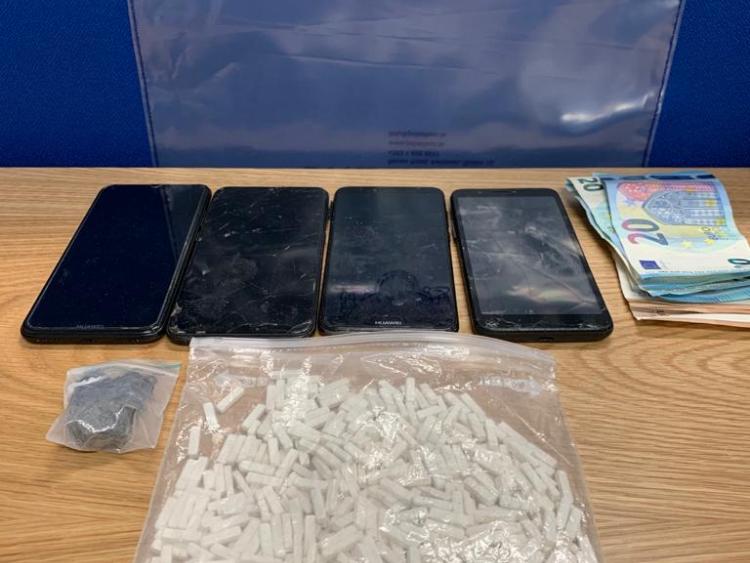 Gardaí have arrested a man and seized almost €1,500 in suspected drugs and cash in Tipperary on April 16, 2021.

At approximately 9pm the District Drugs Unit and uniform Gardaí from Clonmel Garda Station executed a search warrant at a house in Carrick-on-Suir.

Suspected xanax tablets worth approximately €1,200 were seized, along with €250 in cash and several mobile phones.

A man, aged in his early 20s, was arrested at the address and brought to Clonmel Garda Station where he was detained under the provisions of Section 4 of the Criminal Justice Act, 1984.

He was later released and a file will be prepared for the Director of Public Prosecutions.

The suspected drugs will be forwarded to Forensic Science Ireland for analysis.