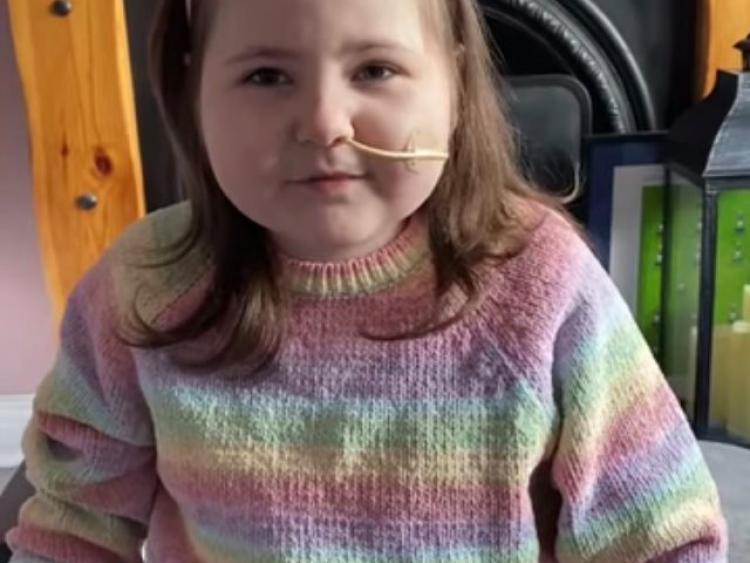 In a video message posted to her mother’s page, Róisín had this to say: “Today we found out some good news, I am cancer free, woohoo.”

Róisín, who was born healthy and lively, has been battling leukaemia since 2015. Despite her struggles she always has a bright smile on her face. Diagnosed with Acute Lymphoblastic Leukaemia (ALL) in February 2015, Róisín battled for four years before finally going into remission. However the remission was short lived as 10 months later the cancer returned.

Earlier this year the decision was made to send Róisín to Manchester to commence treatment there as no similar treatment was available in Ireland. Almost exactly six years after her initial diagnosis, she commenced CAR T-cell therapy treatment at the Royal Children’s Hospital, Manchester.

CAR T-cell therapy is a form of immunotherapy that uses specially altered T cells, a part of the immune system, to fight cancer.

The American Society of Haematology (ASH), at their conference last year described it as “the next big thing” in blood cancers - CAR T-cell therapy, a single-infusion treatment which relies on a patient’s own immune system cells to battle cancer.

Turning the body’s immune system against cancer is not a new idea, but what makes CAR T-cell therapy revolutionary is that the treatment involves extracting immune cells from a patient, genetically altering them to better recognise and battle a particular cancer, and then inserting them back into the body.

CAR T-cell treatment has been described as cell therapy, gene therapy, and immunotherapy all rolled into one. The success of the treatment for the nine-year-old was greeted with hundreds of congratulatory and good will messages on social media.

Her mother Cora also posted about Róisín’s news saying: “After a long three weeks waiting for results, we found out this morning that Roisin has no detectable leukaemia cells.

“She is in remission and cancer free.

“For now the plan is to continue monitoring closely and have bone marrow samples taken every month for six months. Words cannot describe how we feel, it’s such a relief to get great news. Róisín continues to show how strong and brave she is and I am in awe of her. Her determination cannot be matched. She is an inspiration to me and everyone.”

Róisín is a huge GAA fan and last year she set herself the challenge of collecting jerseys from every county in the country. Newstalk Technology Correspondent, Jess Kelly, put out the call on social media, and before long, Róisín had not only received every county jersey, but dozens of other special gifts from around the world – including signed jerseys, specially-designed cakes and teddy bears.

A GoFundMe campaign, “Róisín’s Relentless Fight”, set up by Róisín’s family to help raise money for her treatment has reached close to €22,000. Details are as follows: https://ie.go fundme. com/f/roisin039s- relentless- fight

Concluding the message on Facebook her mother had a special mention for their cousin Rhys (Horgan) who passed away following a tragic accident last month.

“Róisín definitely has many people looking down on her and looking out for her. I take comfort in knowing Rhys is now one of them watching over her. Tomorrow is never promised but we will continue to take one day at a time and celebrate every happy day that comes our way.”