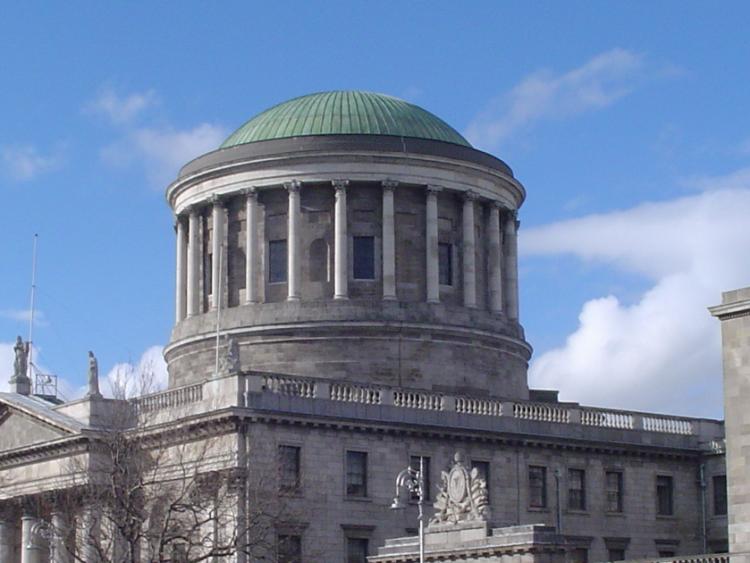 A convicted killer and his son have successfully appealed their sentences for assaulting another man and his son with a hammer and golf club while demanding payment of a €50 debt.

Robert Devine (44) and his son Lee Kelly (21), both of Brook Crescent, Clonmel, Co Tipperary, pleaded guilty in 2019 to burglary and assault at the home of PJ and Brian O'Reilly on December 17, 2017.
Judge Patrick Meghan sentenced Devine to 12 years for burglary and four years for each of two counts of assault on the O'Reillys. The judge ordered the sentences to run consecutively to make a total of 20 years but he suspended the final eight. Kelly received 17 years in total with the final ten suspended.

In an appeal earlier this year counsel for the two men said the trial judge had erred in imposing consecutive sentences for offences arising out of the same incident.

Delivering the judgement of the three-judge Court of Appeal today, Ms Justice Isobel Kennedy agreed.
Ms Justice Kennedy quashed the original sentences and substituted one of 12 years' imprisonment with the final two suspended for Devine, and seven years and six months with the final year suspended for Kelly.

The four-year sentences for assault remain but will run concurrently.

Devine has a previous manslaughter conviction having pleaded guilty in 2010 to killing 21-year-old Joseph Cummins in Waterford in November 2007. He received a ten-year sentence for that offence. Kelly played football for his county and was headhunted for the Irish boxing team.

Ms Justice Kennedy said the burglary and assault offences were "grave" and noted that the Director of Public Prosecutions had initially intended to charge both men with aggravated burglary but accepted a guilty plea to the lesser charge.

She said: "In general, insofar as burglary offences are concerned, most perpetrators hope to avoid detection, however, this burglary is of quite a different character. The appellants invaded the victims’ dwelling for the specific purpose of engaging in a violent confrontation with the occupants. That alone places this offence within the upper range."
She described the assaults as a "savage and ferocious premeditated attack" and noted the "extraordinarily serious threats" made by Devine who, she said, had told his son "in effect to kill Mr O'Reilly". The evidence was that Devine shouted to his son, "finish him" during the assault on PJ O'Reilly.

Mr O'Reilly, Justice Kennedy said, sustained serious and long-lasting injuries. He was stabbed six times in the area around his cruciate ligament resulting in loss of mobility and balance. He suffers from sleeplessness and residual headaches following blows to the head from a hammer and a golf club.

Ms Justice Kennedy added: "The impact on this family cannot be overstated, they no longer feel secure in their own home."
She also noted that Devine has "serious and relevant" previous convictions.

Kelly, she said, was influenced and led by his father and in his favour was his intervention to pull his father away from Mr O'Reilly during the assault.
Further mitigating factors for both men included their guilty pleas, expressions of remorse, their personal circumstances and evidence that they were engaging with probation services in prison. She said the court wanted to incentivise both men to rehabilitate and had therefore suspended portions of their sentences.
Ms Justice Kennedy sat with the President of the Court of Appeal Mr Justice George Birmingham and Mr Justice Patrick McCarthy.

When Devine and Kelly were sentenced Garda Jennifer O'Brien told the court that Brian O'Reilly had bought €50 worth of Xanax tablets from Robert Devine but did not pay. Devine had been looking for the money for about two months when he phoned Brian O'Reilly and told him: "I am going to chop you up."
At 3am the following morning Brian O'Reilly awoke and saw Lee Kelly and Robert Devine in his hallway. He locked himself in a bathroom but was assaulted through the door with what he said was a knife. He suffered a stab wound to the thumb before climbing out the bathroom window.
Meanwhile, his then 66-year-old father PJ O'Reilly awoke and saw Devine armed with a hammer and Kelly with a golf club.

Mr O'Reilly punched Devine in the face but as he bent down over Devine, Kelly struck him on the side of the head.
In the struggle Mr O'Reilly was struck repeatedly and stabbed in the leg. Devine struck him on the head with the hammer while Lee Kelly kicked him. He heard Devine shouting at Kelly: "finish him, finish him," but Kelly, the court heard, then pulled his father off Mr O'Reilly.

The victim said he believed he would have been killed if it weren't for Kelly's intervention.