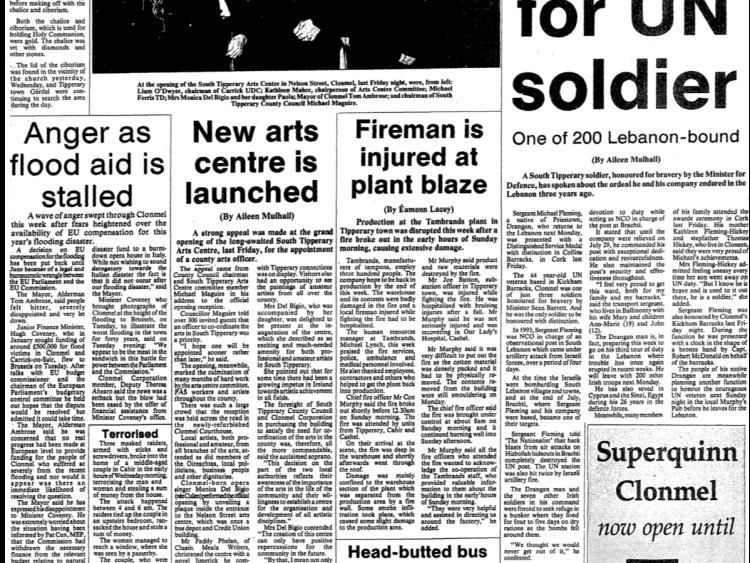 Our front page lead story on April 27, 1996, by Aileen Mulhall, was about a south Tipperary soldier, honoured for bravery by the Minister for Defence, following an ordeal he and his company endured in the Lebanon.
Sergeant Michael Fleming of Priestown, Drangan, was presented with a Distinguished Service Medal with distinction in Collins Barracks, Cork. Just one of three soldiers honoured for bravery, Michael was the only soldier honoured with distinction.
The grand opening of the long-awaited South Tipperary Arts Centre also featured on our front page with Clonmel-born opera singer Monica Del Bigio (neé Cullen of Albert Street) performing the official opening at the new venue on Nelson Street.
Production at the Tambrands plant in Tipperary Town was disrupted that week after a fire broke out in the early hours of Sunday morning, causing a temporary closure for the 300-employee factory. A local fireman injured while fighting the fire had to be hospitalised, wrote Eamon Lacey.
A valuable chalice and ciborium were also stolen from St Michael’s Church, Tipperary Town, when thieves broke into the church by kicking open a side door.